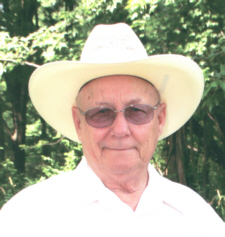 Gailen E. Johnson, 75, Lakeville, died of natural causes in Saint Joseph Regional Medical Center, Plymouth, at 3:11 p.m. on Friday, April 4, 2008.
Gailen was born in South Bend, Ind., on October 31, 1932. He was the son of Orley and Dorothy Hill Johnson.
He attended South Bend schools.
When he was 15-years-old, he lied about his age, joined a United States Army Airborne unit and served in the Korean War.
When he got out of the service, he knocked around in the West, working in Colorado, South Dakota, Missouri and in Mexico.
He drove heavy equipment, built roads in the Badlands and worked on the Oahe Dam in South Dakota for eight years, from start to finish.
He lived in New Mexico for more than 25 years and during that time established the Buzzard Roost Leather Co. He made saddles, holsters, repaired tack and boots and anything else connected with horses and riders.
He loved being on the road and he loved being a cowboy.
In 1986, Gailen sold his horses and property and moved back to Indiana, choosing the little town of Peru.
Instead of settling down, he had a massive heart attack that necessitated five by-passes and a new valve. He worked in a shoe repair shop in Peru for eight years after his surgery.
On June 6, 1998, in Lakeville, Gailen and Frieda Hattery Johnson were married.
A cobbler, he owned the F&G Boot and Shoe Repair, 117 E. LaPorte St., in Plymouth. Gailen bought the store from Jim McLochlin and named it the F & G for Frieda and Gailen.
Gailen resoled 20 to 30 pairs of shoes a week and said he could fix just about anything made of leather – or any other material that you could think of. Like belts, cat scratchers, luggage. He could sew up tents, seat belts and grass catchers.
He was also a locksmith, an artist, a photographer and a Cub fan. He enjoyed collecting guns, knives and had one horse, Truckle Feature, that he rode from time to time.
He was a member of the American Legion, the Plymouth Moose Lodge and a former member of the N.R.A.
Gailen is survived by his wife, Frieda and by his 15 children, including Cindy K. Weaver, both of Lakeville, Ind.
A step-son, Dennis L. Johnson, LaPaz, also survives along with 16 grandchildren and 6 great-grandchildren.
Three sisters and five brothers survive as well. His sisters are Toni Carmean and Candy Sickles, both of Elkhart, Ind., and Sue Heckman, Texas. His brothers are Dennis and Frank Johnson, both of Elkhart, Ind.: Joel Johnson, Niles, Mich.: and Roger and Ray Johnson, Calif.
Gailen was preceded in death by his parents, three brothers: Terry, Ronald and Dewayne and a grandson, Matt Johnson.
Friends are invited to share memories of Gailen with his family on Wednesday, April 9, 2008, from 3 to 7 p.m. in the Johnson-Danielson Funeral Home, 1100 N. Michigan St., Plymouth.
A private family funeral service will be held.
Memorial gifts in Gailen’s name may be made to the American Heart Association.