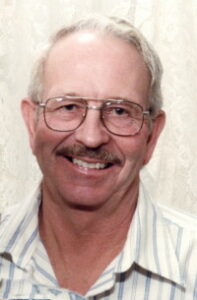 Gale Lowry, 77, passed away at 12:11 a.m. on Tuesday, January 22, 2019 at the Signature Health Care Nursing Home in Bremen.
A Marshall County resident his whole life, Gale was born in Walkerton, Indiana on March 3, 1941 to Forrest â€œTomâ€ and Adeline (Bellinger) Lowry. He graduated from Tyner High School with the class of 1960.
In Walkerton, Indiana on June 15, 1962, Gale took a young lady by the name of Sharon L. Schmeltz, to be his wife. They had one son and four girls, and would share 56 wonderful years of memories and life experiences.
Gale spent the majority of his life as a dairy farmer, and continued working the family farm in Tyner. In his later years, he went to work for Maax Midwest in Bremen.
He was talented in woodworking and loved making something out of every piece of wood he would find. He also was a great handy-man. There werenâ€™t too many things that he couldnâ€™t figure out how to fix or make work.
Gale is survived by his wife, Sharon of Bremen and his daughters: Traci I. (James) Klingerman of Walkerton, Darla J. (Gary) Pantzer of Lakeville, Robbyn R. Sheldon of North Liberty and Alicia J. (Edward) Adams of Indianapolis; 12 grandchildren and 4 great-grandchildren with one on the way; and siblings: Donnabellle Whitmer of North Liberty, Dean Lowry of Brownsburg, IN, and Rosemary Schweder of Walkerton.
He was preceded in death by his parents, his son Scott, grandson Troy Klingerman, son-in-law Don Sheldon, and siblings, Jean Hoefling and Don Lowry.
Visitation will be held on Monday, January 28, 2019 from 4-7 p.m. at the Johnson-Danielson Funeral Home, 1100 N. Michigan Street, Plymouth.
Funeral services will be held at 11 a.m. on Tuesday, January 29, 2019 in the funeral home with his brother-in-law, Rev. Charles Krieg officiating. Visitation will resume one hour prior in the funeral home.
Burial will follow in the Woodlawn Cemetery in Walkerton, Indiana.
Memorial contributions can be made to the Alzheimerâ€™s Association 225 N. Michigan Ave. Floor 17, Chicago, IL 60601.