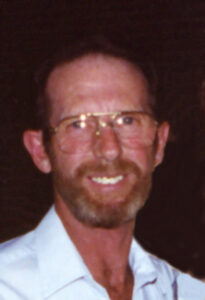 Garry D. Cobb, 64, a resident of Berkley St. Plymouth since 1994, passed away at 1:10 p.m. on Tuesday, February 4, 2014 in St. Joseph Regional Medical Center – Plymouth Campus.
The son of Albert and Sherri Clara (Phillips) Cobb, Garry was born on July 14, 1949, in Florence, Alabama. The family moved to the Marshall County area at his age of 10. He had attended Plymouth Schools.
He started his working life by the age of 15, holding many jobs, but he spent most of his career as a logger and sawmill operator by heart. He had worked at Pine Creek Lumber – Precision Pallet at Walkerton, he then operated his own mill with Grover Morris in Plymouth. Garry also drove semi for Stockberger Trucking and worked for the City of Plymouth’s recycling program.
Garry was recently baptized a member of the Marshall County Church of Christ on Lake Avenue in Plymouth and V.F.W. Post 1162 Men’s Auxiliary.
His favorite pastime was singing karaoke with friends, especially songs by George Jones and Charlie Pride. He also followed the NASCAR racing circuit and his all-time favorite driver was Dale Earnhardt Sr.
Garry is survived by Debi L. Royal, his companion of 14 years, her daughter Chenoa and spouse Victor Rapert of Maynard, Arkansas, a son: Christopher A. (Sherrie) Cobb and three daughters: Linda D. Yazel, Charlene M. (Juan) Moreno and Shellie Costa, all of Plymouth. Also surviving are six grandchildren and one great grandchild, a brother, Larry (Pearl) Cobb of Stickler, Oklahoma and two sisters: Charlotte Rogers and Debbie Phillips, both of Texas.
He was preceded in death by his parents, his step-mother, Rosella (Morris) Cobb and his spouse, Helen Cobb who passed away on March 14, 1999.
Friends may visit with Garry’s family on Saturday, February 8, 2014 from 12 to 2 p.m. in JOHNSON-DANIELSON FUNERAL HOME, 1100 N. Michigan St., Plymouth, where funeral services will be held immediately following visitation at 2:00 p.m.
Burial will follow in New Oakhill Cemetery, Plymouth.
Memorial gifts may be made to Garry’s family.