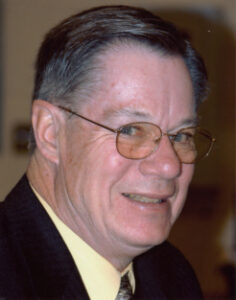 Gary Eugene Edgecomb, 73, of Plymouth passed away unexpectedly but due to natural causes at 10:59 a.m. Tuesday, December 29, 2015 at the St. Joseph Regional Medical Center – Mishawaka, IN. For the past several years he has dealt with post-polio effects, which he contracted at the age of six.
He was born in Manistique, Michigan on April 1, 1942, the son of Eugene Alfred and Marilynn Louise (Taylor) Edgecomb.
In 1948 the family moved to Rockford where he graduated from high school in 1961. Gary received his Business Administration degree from Ferris State University in 1967.
On June 21, 1968 at Berean Baptist Church in Grand Rapids, he took as his lovely bride the former Darlene Gay Berg. They celebrated 47 years together with all the joys and hardships that our loving God brought their way. She survives.
After residing in many Michigan communities, Gary’s career as plant manager for Dean Foods began in 1979. In April 1989, Gary moved his family to Plymouth, IN where he continued as Plant Manager of the local Pickle factory. Gary retired in 2004 after 25 years with Deans. Gary and Darlene recently began worshiping at Crossroads Evangelical Free Church in Plymouth. For many years, Gary has made it his mission to support his wife in her efforts with Marshall County Right To Life.
Throughout life, he has enjoyed fishing, hunting, and old cars, especially his ’94 Corvette and ’57Chevy. In recent years, a John Deere lawn and garden tractor became his pride and joy along with his cat Sylvester. He also enjoyed reading and traveling, having spent the last 10 winters in Sebring, Florida.
Gary loved his wife Darlene but found plenty of room in his heart for family. He rarely missed reunions in Rockford, MI and looked forward to family gatherings over Labor Day weekend for the Blueberry Festival.
Proud to call him Dad and Grandpa are his three children and their families: Leslee A. (Brett) Onnink of South Bend and their children; Marshall S., Reid W., Griffen L., and Sylvee L. Onnink; Darcee M. (Pat) Leahy of South Bend and their children: Payton M. and Cole P. Leahy; Ryan E. (Julie) Edgecomb of Columbus, IN and their children: Dalton E., Madison R., and Gavin R. Edgecomb.
His endearing family continues with sister-in-law Nancy (Edgecomb) Schofield and her husband Bob, nephew Lance (Denise) Edgecomb, niece Lisa (Rob) Ford, and cousins: Dean (Vicki) Edgecomb, Betsy MacGirr and John (Anne) Edgecomb. surviving sisters and brothers-in-law include Charles (Ginger) Spaniolo, Connie (Norman) VanderStel, Janet (Robert) Schout, Donna (Tomas) Wood, Bernard Berg, Mark Berg, Jeremy (Freya) Berg, Michele (Anthony) DeLeeuw, Carla (Carlos) Rodriguez, Leslie (Michael) Hoffman and a multitude of nieces, nephews, great-nieces and great-nephews.
Gary now joins those family members that have preceded him in death: his parents Eugene and Marilynn, a brother Lee T. Edgecomb, Parents-in-law Bernard and Anna Berg, sisters-in-law Anna Mae (Berg) Spaniolo and Laurie (Berg) Collins, brother-in-law James Collins and sister-in-law Virginia (Sherrill) Berg.
Family and friends will gather at the Johnson-Danielson Funeral Home, 1100 N. Michigan St., Plymouth on Sunday, January 3rd from 2 – 6 p.m. EDT. Services will be held at the Crossroads Church, 1650 N. Oak Road, Plymouth on Monday, January 4th at 11 a.m. where visitation will resume one hour prior to services. Family friend Steve Stadtmiller with International Baptist Missions and Pastor Scott Yoder will preside.
Burial will be in the Ada Township Cemetery near Grand Rapids, Michigan.
Preferred are memorial gifts to Marshall County Right To Life, P.O. Box 911, Plymouth, IN 46563, or Child Evangelism Fellowship Inc. P.O. Box 348, Warrenton, MO 63383-0348