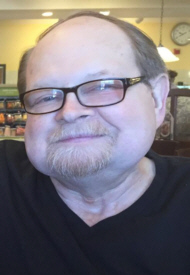 The world lost one of its most considerate, gentle souls on November 28, 2015 with the passing of Gary L. Ross, 66, in Hickory, North Carolina at Catawba Regional Hospice. Before relocating to Hickory to be closer to his daughter and family, he was a long time resident of Plymouth, IN.
Gary was born September 14, 1949 to Norma Ross and the late Esta (Bud) Ross in Plymouth, IN. While generally quiet, Gary was a strong man who exuded kindness and found great happiness in the smallest things. He maintained a positive attitude through most challenges placed before him and even during his darkest days he was constantly saying, “please” and “thank you” to the nurses and doctors taking care of him. He attended Plymouth High School and served in the United States Army. Gary retired from Indiana Carton in Bremen, IN after working there for 40 years. His daughter Jeri had the opportunity to work with him there during a summer in college and received first-hand knowledge of just how hard of a worker he was, something she always appreciated.
Gary valued spending time with family. He found happiness in the simple things like sharing a cold beverage with his Mom on a Sunday afternoon and just “being” with his wife, Sharon. They had their own way about them and it just worked for them for 43 years of marriage. Together they enjoyed watching racing, football and the Cubs, going for drives, an occasional casino trip, and a good steak along the way.
Gary took great joy in spending time with his granddaughter, Tali. She could of course do no wrong and made his day every time she was around. She loved his kind heart and willingness to just be silly with her.
Gary is survived by his wife, Sharon Ross of Hickory, NC; his mother, Norma Ross of Plymouth, IN; his daughter and son-in law, Jeri & Michael Lemke, of Hickory, NC; his granddaughter, Tali Lemke, of Hickory, NC; his sister, Linda King of Plymouth, IN; and several brothers-in-law, sisters-in-law, nieces, nephews, cousins, and an aunt and uncle.
In addition to his farther, Gary was preceded in death by his brothers-in-law, Jon King and Gary Davis.
Gary’s family would like to extend a heartfelt thank you to all close friends, medical team members, and family who have offered their support and love. You made a huge difference in our lives and we truly appreciate you.
To honor Gary we will have a celebration of life at Johnson-Danielson Funeral Home, 1100 N. Michigan Street, Plymouth, Indiana. Visitation will be 4pm – 6pm on Friday, December 18th and services will begin at 6 pm, with Rev. Charles Krieg officiating. We also ask you join the family for breakfast for dinner (just as Gary would have liked it) at Christos banquet hall immediately following the service.
In lieu of flowers and to honor Gary’s love for his granddaughter Tali, please make donations to her school — Montessori at Sandy Ford, 2931 Sandy Ford Road, Newton, NC 28658.