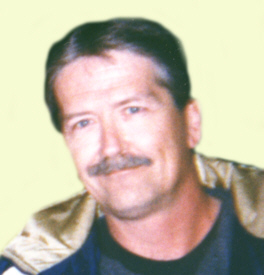 Gary L. Sickmiller, 61, passed away at 3:02 a.m. on Wednesday, February 27, 2013 in Plymouth. Gary L. Sickmiller was born in Plymouth on May 12, 1951 to Lowell A. and Betty J. (Games) Sickmiller. He graduated from John Glenn High School in 1969.
On February 11, 1973 in Plymouth, Gary married the former Kathy Schroll. Together they had three wonderful children, of whom he was very proud.
Gary worked as a serviceman for Bauer Soft Water for nearly 30 years. Even when he wasn’t able to go to work because of his illness, he fixed many softeners over the phone.
He enjoyed hunting and was an avid fisherman, Pretty Lake being his favorite spot. Gary was a fan of Notre Dame Football and the Bears. He loved going to his boys football games and wrestling matches.
Gary is survived by his loving wife, Kathy of Plymouth; his daughter, Heather (Dave) Peter of Noblesville; his two sons, Jeremy (Jenny) Sickmiller of Plymouth and Adam (Amber) Sickmiller of South Bend; his mother, Betty; a sister, Deb Reed of Plymouth; a brother, Dennis Sickmiller of Anderson; and four grandchildren: Ella and Zak Peter and Leo and Marcy Sickmiller, whom he loved and cherished.
He was preceded in death by his father, Lowell.
Calling hours will be from 4:00 p.m. – 7:00 p.m. on Friday, March 1, 2013, at the Johnson-Danielson Funeral Home, 1100 N. Michigan Street, Plymouth, IN 46563.
Memorial contributions can be made to Center for Hospice Care 112 S. Center St. Plymouth IN 46563 or the Marshall County Humane Society, P.O. Box 22, Plymouth, IN 46563.