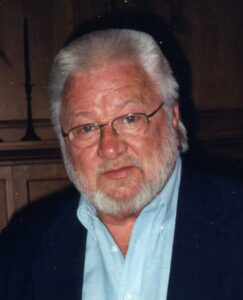 Gene Hutchison, 81, passed away on Sunday, January 8, 2023 at Center for Hospice Care, Mishawaka.

Born on July 16, 1941 in Cabell, West Virginia he was the son of Clifford and Clara (Cremeans) Hutchison.

Gene honorably served his country with the West Virginia National Guard. On February 2, 1970 he married Evelyn Peyton in Kissimmee, FL.

Known as a vibrant, determined, hard worker that was adamant about everything he did. An entrepreneur that owned and operated Marshall County Motors for more than 50 years as well as several real estate properties. He enjoyed his horse farm.

Gene absolutely loved his family, especially his grandchildren and taught everyone by his example by working hard and providing for their families.

He was preceded in death by his parents and his grandson Justin Thompson.

Visitation will be held on Wednesday, January 18, 2023 from 2-4 pm at the Johnson-Danielson Funeral Home, 1100 N. Michigan Street, Plymouth. A memorial service will immediately follow with Pastor Chuck Barrington officiating. Military honors will be rendered by the U.S. Army Honor Guard.