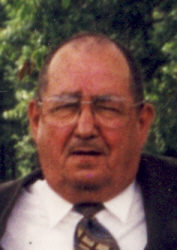 Gene R. Siddall, 82, passed away at 8 p.m. Friday, September 2nd in the Center for Hospice Care in Elkhart. Formerly of Argos, Gene has been a resident on North Michigan Road, Plymouth for the past 20 years.
Gene was one of ten children born to Glenn C. and Frieda (Heyway) Siddall. His birth was on February 20, 1929 in Kokomo, Indiana. He was a graduate of Elston High School in Michigan City, Indiana.
He served his country in the U.S. Army from 1957-1959.
On July 29th 1977 in Big Cabin, Oklahoma he married Winnifred “Winnie” Spellacy who preceded him in death on March 31st 2008.
From 1980 – 1994 Gene served as the Marshall County Building Commissioner.
Gene had a 55 year passion in aviation as a pilot and parachutist and following his retirement he worked part-time for the Plymouth Municipal Airport, caring for and fueling planes. He held membership in EAA – Experimental Aircraft Association, AOPA – Aircraft Owner Pilots Association and POPS – Parachutist over Pharty (40) Society.
A ham radio operator, Gene’s call # known to many was WB5KVE.
He is survived by four children; Jeanie L. (Doug) Dell of Cincinnati, Ohio, Robert B. (Viva Jo) Siddall of Bayles Lake, Illinois, Robin Sue (Bernie) Buckman and Jeff Siddall all of Tulsa, Oklahoma along with multiple grand and great-grandchildren.
Siblings include; Marjorie Toothaker of South Bend, James (Carol) Siddall of Knox, David Siddall of Omaha, Nebraska and Charles (Judy) Siddall of Douglas, Wyoming and numerous nieces and nephews.
He was preceded in death by sisters; Mary Jane Sechrist and Glenna Rethlake, and by brothers; his twin, Jack, Gerald and Kenneth Siddall and grandson; Corbin Siddall.
Gene will be laid to rest alongside his wife Winnie and grandson Corbin in the Pine Ridge Cemetery in Loda, Illinois.
A Celebration of Life service will be held during the next Siddall Family Reunion, at 10 a.m. June 10th 2012 at the Bass Lake Indiana Recreation Center.
Memorial gifts may be made to the Center for Hospice Care, 104 S. Center Street, Plymouth, Indiana 46563.