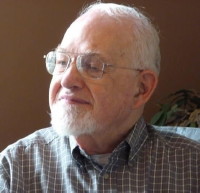 Gene S. Ramsbey, 91, passed away with his loving wife and family by his side on Wednesday, January 15, 2020 at the Timbercrest Senior Living Community in North Manchester, Indiana.
Born in South Bend, Indiana, Gene was the son of Merle G. and Irene J. (Stickley) Ramsbey.
In 1950, Gene enlisted in the U.S. Air Force. He served in Korea during the Korean War as a Master Sergeant. He was awarded the Good Conduct Medal and the National Defense, UN and Korean Service Medals. He was Honorably Discharged in 1954.
Gene would go on to attend Purdue University and graduate with his Bachelor of Science in Mechanical Engineering. He then graduated from Michigan State University with his Master of Business Administration Degree.
On January 24, 1953 in Hamlet, Indiana, Gene would marry Lynette J. Shei. They would make South Bend their home before moving to the Plymouth area in 1965. They had five children: Diane, Barbara, Dawn, Mark and Paul.
Gene worked for the Bendix Corporation and Zimmer, as an engineer for 47 years; working his way from a blueprint clerk in 1946 to a senior engineer when he retired in 1993.
He was a Master Mason in the Plymouth-Kilwinning Lodge #149 and a member of the Plymouth Church of the Brethren, the Izaak Walton League, the Acres Land Trust, the Potawatomi Wildlife Park and the Nature Conservancy.
Gene is survived by his wife of 67 years, Lynette of North Manchester, and their children: Diane L. Quance of Warsaw, IN, Dawn M. (Scott) Helm of Elkhart, IN, Mark T. (Mai) Ramsbey of Sunnyvale, CA and Paul D. (Rayelene) Ramsbey of Pipestone, MN; 11 grandchildren; 10 great-grandchildren; and brother, Thomas W. (Theil) Ramsbey of Smithfield, RI.
He was preceded in death by his parents; brother, Richard M. (Phyllis) Ramsbey; daughter Barbara A. Ihnen and grandson, Kyle D. Ihnen.
Visitation will be held from 1-4 p.m. EST on Sunday, January 19, 2020 at the Johnson-Danielson Funeral Home, 1100 N. Michigan Street, Plymouth. A Masonic Service will be performed at 3:30 p.m.
Funeral services will be held at 11 a.m. EST on Monday, January 20, 2020 at the Plymouth Church of the Brethren, 1130 N. Michigan Street, Plymouth, with Revs. Tom Anders and Paul Nye officiating. Visitation will resume one hour prior.
Burial will be in the New Oak Hill Cemetery, Plymouth, at a later date.
In Lieu of flowers, the family asks that memorial contributions be made to the Plymouth Public Library, 201 N. Center Street, Plymouth, IN 46563 or the Potawatomi Wildlife Park, 16998 State Road 331, Tippecanoe, IN 46570.