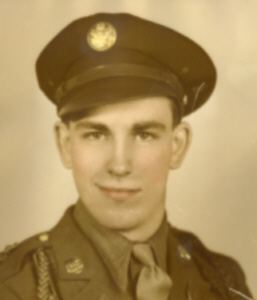 George A. Born, 88, an area resident for most of his life, passed away at 9:13 p.m. on Sunday, February 3, 2013, in Miller’s Merry Manor, Plymouth, following a lengthy illness.
The son of Arthur and Laura Knaub Born, George was born on August 16, 1924 in Plymouth. He attended Plymouth Schools.
George was drafted into the U.S. Army in 1944, where he would spend the next 22 years of his life. He was in the First Infantry Division and was an M.P. during the Nuremberg War Trials where he guarded Rudolf Hess. After re-enlisting, he came back to the states, then back to Germany and later he was sent to the island of Okinawa. His career with the Army ended on April 30, 1966.
It was in Okinawa that he met a lovely young girl named Sumiko. George and Sumiko were married in Naha, Okinawa on July 18, 1957. Sumiko preceded George in death on September 19, 2003.
After retiring from the Army, he had worked at Bremen Bearing, McCords, Ben Hill Griffin and as a custodian at Lincoln Junior High, retiring in 1985. A warm, kind, humble man with a wonderful smile, he never met a stranger. He was an avid conversationalist and loved to talk to people. He enjoyed all sports and his favorite teams were the Cubs and the Blackhawks. An avid woodworker, he spent a lot of time in his garage making things. He enjoyed anything to do with the Rail Road and loved to walk.
George is survived by his son, Kenji Born of Chicago; two nieces: Julie (Steven) Harness of Grovertown and Lori (Steven) Hollett of Plymouth; two nephews: John Guyse of Plymouth and Steve (Lisa) Guyse of Lakeville and his close friend, Marcy Sickmiller of Plymouth.
He was preceded in death by his parents and his wife, Sumiko; a sister, Audrey Guyse and a brother, Russel Born.
Friends may visit with George’s family from 10:00 a.m. to 12:00 p.m. on Friday, February 8, 2013, in the Johnson-Danielson Funeral Home, 1100 N. Michigan Street, Plymouth.
Masonic Rites will be held at 12:00 p.m. Friday, with funeral services officiated by Diana Riddle, immediately following in the funeral home.
Burial with Military Honors provided by members of the Plymouth American Legion Post 27, Veterans of Foreign Wars – Marshall County Post 1162 and the D.A.V. will be in Oakhill Cemetery, Plymouth. Memorial gifts in George’s name may be made to the Wounded Warriors project, 230 W. Monroe Street, Suite 200, Chicago, Illinois 60606.