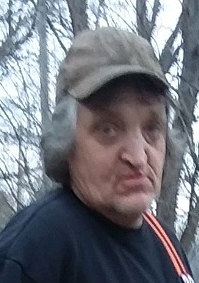 George Alan Piper, 54, of Plymouth, entered his next life from injuries sustained in a car accident on January 13, 2020. In helping out family, George’s truck and trailer slid down the embankment on State Road 31.
George was born on September 9, 1965, to Donald and Ruby Piper in Plymouth, IN. On November 14, 2014, he married Lisa Vermillion after dating for 34 years. This long-term relationship blessed them both with two children and three grandchildren. He spent his work life in construction and flooring, but his passion was tinkering with cars. He could vehicle tinker with the best of them, but everyone agrees the best vehicle to tinker on was his Ford truck appropriately named Frankenstein. His personality made him super sweet, but he could also run the gamut to the other end of the spectrum, and at breakneck speeds, to boot. He would do anything for anyone, always willing to help out. George had an affection for his family, particularly the children. Always one to joke around, he found humor in scaring the kids in which they thoroughly enjoyed. He had a fondness for his niece who enjoyed kissing him, even when he pretended to grumble. Anything Ford related or that had the Tasmanian Devil on it brought joy to George. You could say that Taz was George’s spirit animal.
He is survived by his wife Lisa Vermillion of Plymouth, his sons Brock (Jodie) Vermillion and their children Kathie Lee, Kayden and Camren of Argos, IN and son Jordan (Kayla Chapman) Vermillion of Brownsburg, IN; Siblings Richard Piper, Donna Eggert, and Jenny (Roger Wilson) Ames; Mother in law, Lucy (Ken) Riemer; Father in law, James (Deb) Vermillion; Sister in law Cindy (Dennis) Overmyer; many nieces and nephews, cousins and other family members will also treasure their memories with George. George was preceded in death by his parents, and his Rottweiler Titan. A visitation will be held from 3:00 P.M. until 5:00 P.M., Tuesday, February 4, 2020, at Johnson-Danielson Funeral Home 1100 N. Michigan St. Plymouth, IN 46563. The family will host a dinner following, to help celebrate the life of George. George would like to leave everyone with a final thought. Life is what it is, blah blah blah…………………………
Memorial contributions may be directed to the family. The family asks that you dress casual, jeans at the most.