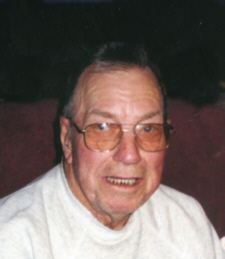 George W. “Babe” Bowen, 91, passed away at home on Sunday, October 11, 2009, at 1:00 p.m.
George was born in Chicago, Illinois on February 22, 1918, the son of Charles E. and Jessie Beetsma Bowen, Sr.
On December 27, 1939, George and Marjorie H. Maxson were married in Plymouth.
George worked at Studebakers for 23 years, until the plant closed. He then worked at Bendix, retiring after 16 years.
In George’s younger years, he played guitar with several bands in the surrounding area. He was also avid hunter, fisherman and golfer.
George is survived by Marjorie, his wife of 69 years; a son, Charles R. (Judy) Bowen; a daughter, Carolyn J (George) Buday; grandchildren: Keith A. Bowen, Kimberly A. (Scott) Wieczorck, Kevin A. (Laura) Bowen, Matthew M. (Hillary) Coons, Michael Skidmore; great-grandchildren Alex, Bryce and Connor Wieczorck, Ashley Bowen, David Sayer; Lexie and Harrison Coons; and a sister, Ruth Bowman.
He was preceded in death by his parents; a brother, Charles E. Bowen, Jr.; and a sister, Lucille Books.
Friends are invited to share their memories with George’s family from 4 to 8 pm on Thursday October 15, 2009 at the Johnson-Danielson Funeral Home, 1100 N. Michigan St., Plymouth.
Funeral Services will be held on Friday, October 16, 2009 at 11:00 am in the funeral home, with Rev. Tom Padberg, Chaplain of the Center For Hospice and Palliative Care officiating.
Burial will be in Morris Cemetery, located on US 6 west of Lapaz.
Memorial contributions in George’s name may be made to charity of the donor’s choice