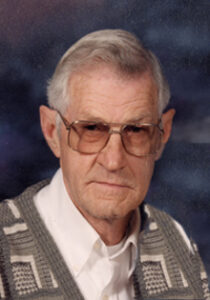 George R. Whetstone, 88, passed away after a recent decline in his health at 1:10 p.m. on Tuesday April 24, 2018 at the Elkhart Hospice House.
George was born in Mishawaka, Indiana on April 10, 1930 to Ivan and Ila (Sheflet) Whetstone. The family would move to the Tippecanoe area where he would grow up on his familyâ€™s farm.
On July 28, 1973 in Plymouth, George would marry the former Nettie C. Kitts. Making Plymouth their home, where they became members of Shiloh Wesleyan Church.
He worked for Studebaker as a lineman, Elkhart Coach and finally for Fairmont Homes in Nappanee as a travel repairman until his retirement.
Being on the road so much, George truly treasured vacations with Nettie and his family, even if it was a quick get-away. He enjoyed watching westerns. He loved being home and working outside, feeding the birds and squirrels and watching all the animals that were playing about his yard. George loved to eat out and enjoyed a good cup a coffee; he frequented Castaways and Cindyâ€™s Restaurant in Plymouth most in his later years.
George in survived by his children, Darcy (Desiree) Whetstone of Etna Green and Hope Andrews of Bremen; step-sons, William Eric (Eva) Isley of Plymouth and Keith Allen (Sharon) Isley of Newton, IA; grandchildren: Tod (Julia) Whetstone, Phillip Whetstone, Tami Whetstone, Jeremy (Sheena) Whetstone, Uriah Graham and Charity (Mark) Trent; step-grandchildren: William Michael (Tara) Isley, Erica (Adam) Kruyer, Allison (Nick) Doyle, Kristen Isley, Jocelyn Isley and Scott Isley; 15 great-grandchildren and 6 step-great-grandchildren and many nieces and nephews.
He was preceded in death by his wife, Nettie on December 24, 2015, his parents, and his brothers, John and Dale Whetstone.
Visitation will be held from 11-1 p.m. on Monday, April 30, 2018 at Shiloh Wesleyan Church, 10532 4B Road, Plymouth. Funeral services will immediately follow in the church at 1 p.m. with Pastor Richard Van Vuren officiating.
Burial will follow in the New Oak Hill Cemetery.
Memorial contributions can be made to Center for Hospice Care 112 S. Center St. Plymouth, IN 46563 or Shiloh Wesleyan Church.