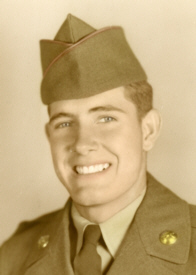 George Smith, 81, passed away in his home on Tuesday evening July 19, 2016, with his daughters and sister at his side.
George was born on January 22, 1935 in McRoberts, Kentucky to Mike Smith and Hazel Carter Murphy.
In February of 1954, George enlisted into the U.S. Army and served our country during the Korean Conflict.
On June 1, 1957 in Chicago, Illinois, George married Annette Marie Turner. She would precede him in death in November of 2010.
He was an arc welder at Rheem Manufacturing for 35 years before his retirement in 1991. He then decided to work as a truck driver, running parts, for SIBR Trucking until 1996.
George is survived by his daughters, Nancy Jo (Dave) Steadman of Schererville, IN and Georgina â€œGinaâ€ L. Newvine of Plymouth; two grandchildren, Jessica (David) Jelinek and Michael (Adrienne) Solis; two great-grandchildren, Austin Solis and Kaden Jelinek; and his siblings: James (Sandy) Smith of Plymouth, Amanda Grigsby of Plymouth and June (John) Dietl of Plymouth.
He was preceded in death by his wife, parents and siblings: Edith Walsh, John Smith, Vicki Couch and Josephine Baker.
Visitation will be on Friday, July 22, 2016 from 4-8 p.m. EST in the Johnson-Danielson Funeral Home, 1100 N. Michigan Street, Plymouth. Funeral services will be held at 11 a.m. on Saturday July 23, 2016 in the funeral home.
Burial will be in the New Oak Hill Cemetery with Military Honors provided by members of the American Legion Post 27, Veterans of Foreign Wars- Marshall County Post 1162 and D.A.V.
Memorial contributions can be made to Faith Baptist Church, 12987 Peach Road, Plymouth, Indiana 46563.