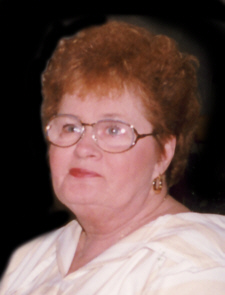 Georgena “Georgii” White, 68, 18217 Chickasaw Trail, Culver, Ind., died in Saint Joseph Regional Medical Center, Plymouth, on Thursday, July 17, 2008.
Always a hard worker, Georgii made many friends through her association with the Plymouth Country Club where she worked at her first job –and her last.
Georgii was born in Massachusetts, the daughter of Charles Fenton and Mary D. Corkum Perry. Her father died when she was four-years-old, and she was raised by her step- father, Herbert B. Powell.
She graduated from Plymouth High School with the class of 1957. In 1959, she completed two years study at the International Business School.
On Oct. 27, 1961, Georgii and Arthur J. White were married at the First Methodist Church in South Bend. Art died in Oct. of 1999.
Georgii became manager of the dining room and then club manager of the Plymouth Country Club in 1970. In 1972, she began a career in manufactured housing as sales secretary and later advanced to a sales representative. In 1974, she was promoted to become the first female manager with a sales staff of 40 men.
Georgii is survived by a son and two daughters. They are Scott H. (Jamie S.) White, Culver, Ind.; Shelley R. (Scott) Shaw, Walkerton, Ind.; and Lori Ann White, LaPaz, Ind. Six grandchildren: Jennifer, Danny, Derrick, Krystal, Kaitlyn, Zachary and Makayla and five great-grandchildren survive as well together with two brothers and two sisters. They are brothers: Fred C. (Jean) Perry, Crown Point, Ind., and John W. (Vickie) Powell, Frankfort, Ill.: and sisters, Arlene C. ( Richard) Weigle, and Gail D. (Jay) Miller, both of Plymouth.
Debbie Powell, a sister-in-law of Marion, Ind. and numerous nieces and nephews survive also.
Georgii was preceded in death by her parents, her step-father, her husband a son, Arthur “Bud” D. White ( in 1989), a grandson, Zachary Drew White ( in 1989), two brothers, James S. Powell and Jeffery “Boomer” Powell and a sister, Sandra Mae Perry.
A celebration of Georgii’s life will be held Saturday August 2, 2008 from 2 pm to 6 pm, at Shelly and Scott’s home, 28401 Rankert Road, Walkerton.
Memorial gifts in Georgii’s name may be made to the American Lung or Heart Association