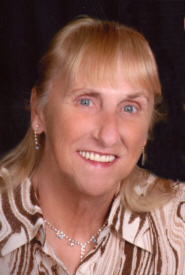 Georgia F. Schneider, 75, peacefully passed away after fighting a lengthy illness in her home at 9:53 p.m. on Thursday, October 8, 2015.
Georgia was born on November 7, 1939 in Hammond, Indiana to Harry Frank and Zella Lorene (Lawyer) Bessett.
In St. John, Indiana on March 5, 1962, Georgia would marry Robert M. Schneider. He would precede her in death on July 13, 1993.
Georgia moved to Plymouth from Midlothian, Illinois in 1970. She was very proud of herself to attain her GED through Plymouth High School. During this time she also met a handsome fellow, Thomas W. Haines, who would be by her side for 20 wonderful years.
She worked for Schoop’s Restaurant for 10 years, along with Sears and Dairy Queen for some periods. Georgia mostly enjoyed cleaning houses as a profession, meeting many people in her 17 years of service.
Georgia liked to sit in her gazebo and watching the hummingbirds feed. She enjoyed knitting and making gifts for others. She was an excellent cook and baker, and would many times make cupcakes and desserts for Tom to take with him to work at DelMonte to share with his co-workers. She attended the Plymouth Church of the Brethren with Tom, where she took pride in teaching Sunday school and helped with various kid’s church programs. Georgia loved to do things with her grandchildren and treasured family events and times together. Georgia and Tom were known yearly for their outstanding outside Halloween decorations, opening their house to the public to come by and see the fun ideas they had come up with.
Georgia is survived by her three sons: Steven J. Schneider of Noblesville, Mark R. (Karen) Schneider of Warsaw, and Edward M. (Sabra) Schneider of Florence, AZ. Her longtime companion, Thomas Haines of Plymouth, and grandchildren: Kyle, Craig, Alyssa, Haley, Justin, Heather and Renee. Her brothers: Robert, James, George and David Bessett and many nieces and nephews survive as well.
She was preceded in death by her parents, husband, and sisters, Donna Lauterbach and Shirley Johnston.
Visitation will be from 5-8 p.m. on Tuesday, October 13, 2015 in the Johnson-Danielson Funeral Home, 1100 N. Michigan Street, Plymouth.
Funeral services will be held at 11 a.m. on Wednesday, October 14, 2015 in Plymouth Church of the Brethren 1130 N. Michigan Street, Plymouth. Visitation will resume one hour prior to the service in the church.
Burial will be in the New Oakhill Cemetery.
Memorial contributions can be made to Cancer Association of Marshall County, 9739 Sunnyside Dr., Plymouth, IN 46563 or the Plymouth Church of the Brethren.