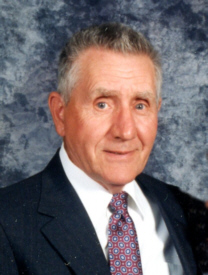 Gerald L. Grubbs, 90, passed away on Tuesday evening June 2, 2015 at 8:35 p.m. in Miller’s Merry Manor, Plymouth. Gerald was born in Hammond, Indiana on June 20, 1924 to Greeley and Leona Irene (Dangler) Grubbs. He attended the Hammond School Systems.
Gerald served our country in the U.S. Army and was Honorably Discharged in August of 1943.
He worked for the city of Hammond for 40 years, serving many positions.
On August 9, 1991 in Knox, Indiana, Gerald took as his bride Theresa N. Fazio and resided in Culver.
He enjoyed working outside in his yard and going to the beaches on Lake Michigan.
Gerald is survived by his wife, Theresa, sister, Bonnie Markley of Scottsboro, AL and his niece, Pam Hollis of Fishers, IN.
He was preceded in death by his parents.
As per his request, no services will be held.