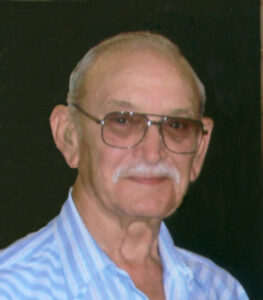 Gerald L. Pike, age 74 of Culver, passed away Monday, October 29, 2012 in his residence.
Gerald was born in Plymouth, Indiana on November 9, 1937 to Ira and Ada (Culp) Pike. He attended West High School until 1953. On January 26, 1961, Gerald enlisted into the Army National Guard, serving during Vietnam until his honorable discharge on August 15, 1966.
Gerald married Caroline Sue (VanBlaricom) Pike on April 6, 1991 in Bremen, Indiana. He worked for Bendix (Honeywell) making carbon disk brakes for air lines for 27 years until his retirement in 1995.
Both his wife and he had a love for nature, especially hummingbirds which they collected many figurines through the years. He used to like to shoot squirrels, but through the years he began to watch and enjoy them instead. He loved to go camping, fishing in the little creek, golfing, and was a Chicago Cubs fan. He enjoyed listening to Jimmy Swaggart Ministries on the television.
He is survived by his wife, Caroline, of Culver, two daughters, Nannette Guard of Madisonville,TN and Tammy Miller of New Paris, IN; and a son, Sherman Pike of Plymouth, IN. Also surviving are four step-daughters: Cheryl R. (David) Jones of Bremen, IN, Cara J. (Ron) Bunton of Bremen, IN, Tracy E. (Chris) Harast of Chicago, IL, and Tonia S. (Tim) Tillotson of Bourbon, IN; his brother, Roger A. (Roberta) Pike on Monterey, TN, and his sister, Carol J. (David) Morgan of Grays Lake, IL. 23 grandchildren and 11 great-grandchildren also survive.
Gerald was preceded in death by his parents, brothers: Wilbur Pike, Forrest Pike, Lloyd Pike; sisters, Zelma Pike and Florence Lane, and 5 grandchildren.
Visitation will be held Thursday, November 1, 2012, from 4:00 to 8:00 p.m. in the Johnson-Danielson Funeral Home, 1100 North Michigan St., Plymouth.
Funeral services will be held on Friday, November 2, 2012, at 11:00 a.m. in the Johnson-Danielson Funeral Home. Chaplain Tom Padberg, Center for Hospice Care, will officiate.
Interment will be in New Oakhill Cemetery with Military Honors provided by members of the American Legion Post 27, Veterans of Foreign War- Marshall County Post 1162 and D.A.V.
Memorial contributions may be made to the Center for Hospice Care 112 South Center St., Plymouth, IN 46563.