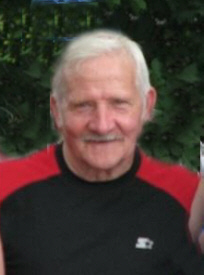 Gerald L. “Les” Sluder Sr., of Plymouth passed away after a brief battle with cancer on Sunday evening, May 4, 2014, with his loving family by his side.
Born in Campbellsville, Kentucky on October 9, 1939, Les was the son of Elmer Smith and Ella Louise (Sherrill) Sluder. He attended school in Kentcky.
On February 28, 1961, Les took Wilma A. Cox to be his bride in Eaton, Indiana.
Les worked as a detail manager at Trauring Motors in Hartford City, Indiana before the family’s move to Plymouth. In Plymouth Les worked for Linville Motors, now Martin Buick GMC, as a detail manager until his retirement on December 28, 2012.
A man who loved the outdoors, Les enjoyed fishing and camping with his family. He collected old license plates and coins and enjoyed watching NASCAR. Les went to his first Indy 500 race in 2011, a story he loved to tell over and over. Les was a great father, grandfather, brother and brother-in-law. He knew no strangers and would do anything for anyone if asked.
Les is survived by his wife of 53 years, Wilma of Plymouth, and their three children: Diana (Derrick) Meadors of Plymouth, Lona (Richard) Page of Ft. Wayne and his son, Gerald L. “Les” (Josie) Sluder Jr. of Plymouth. His grandchildren are Heather (Reynolds) Bradley, Amber Tapia, Christopher Sluder, Bryant Meadors, and Ashley Meadors, as well as, his great-grandchildren: Libbie, Kyla, Mateo, Aaliyah, Amanda, Kysen, Carter, Harper, Abbie, Preston and Alivia. Also surviving is his sister, Doris Wilson of Hartford City, IN, and brothers: Maurice and David Sluder of Hartford, IN, Jim (Penny) Sluder of Marion, IN and half-brother, Jerry Cloniger of Georgetown, IN.
He was preceded in death by his parents, grandson Donovan Bradley, sister Linda Houseman, and half-sister, Sue Watson.
As per Les’ wishes, a memorial service will be held at a later date.