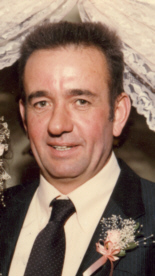 Gerald R. “Bob” Basehoar, 69, a Plymouth resident the past seven years, passed away unexpectedly on Thursday, September 30, 2010 at 2:30 p.m. in the St. Joseph Regional Medical Center, Mishawaka.
Bob was born on November 15, 1940, in Hanover, Pennsylvania, the son of Millard L. and Laura S. (Sentz) Basehoar. Raised in Princeville, Illinois, he graduated from Princeville High School there in 1958.
He was first married to Margaret “Peggy” Lottman Basehoar. On November 14, 1987 in Peoria, Illinois he married Cassandra (Schmelter) Badanish. She preceded him in death on October 23, 2009.
Bob’s interest and livelihood rest solely with trucking, big trucks with eighteen wheels. From 1964 – 1995, Bob was proud to drive for the Long Rock Company in Princeville. He then became an owner/operator transporting for the Nestle Co. based in Champagne, Illinois. After moving to Plymouth, Bob came out of retirement and drove for Dean’s – Alexander Distributing in Rochester. If Bob had another hobby it would simply be cutting grass – on a tractor.
He and Cassie were members of the Redeemer Lutheran Church in Peoria and the Calvary Lutheran Church in Plymouth. Bob was also a longtime member of the Teamsters Union Local 455 in Peoria.
Bob is survived by his daughter Brenda and husband Tom Boehle and his two grandsons, Matthew and Michael all of Houston, Texas and mother-in-law, Dorothy Schriver Schmelter of Plymouth.
Three step-children include; Emery (Lori) Badanish of Independence, Missouri, Floyd (Amber) Badanish of Grand Rapids, Michigan and Desiree Badanish of Leesburg, Florida along with four step-grandchildren.
Bob has three brothers and two sisters surviving. They are: LeRoy (Jackie) Basehoar of Littlestown, PA, Fred Basehoar, Ronnie (Joyce) Basehoar, Cindy Miller, and Sharon (Tom) Kiefer all of Princeville, Illinois and numerous nieces and nephews. A sister-in-law, Bonnie Edwards and brother-in-law, Larry Sheetz of Plymouth also survive.
The family will receive friends on Sunday, October 3rd from 1 – 3 p.m. in the Johnson-Danielson Funeral Home, 1100 N. Michigan Street, Plymouth. A memorial service will follow at 3 p.m. with Rev. Steven Resner officiating.
Interment will be at a later date in Lake Forest Cemetery, Grand Haven, Michigan.
Memorial gifts may be given to the Calvary Lutheran Church, 1314 N. Michigan St. Plymouth, Indiana 46563