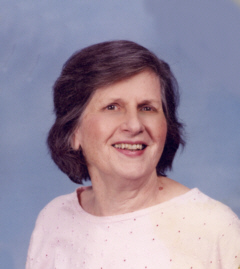 Gertrude R. Nawara, 95, passed away peacefully of natural causes in the company of family at 6:50 p.m. CDT at her home. The Bass Lake (4261S 675E Knox, IN 46534) home has been a family respite since 1974 where she has now resided with her daughter Trudy for the past three years. Gertrude was a former resident of the Chicagoland area.
She was born the daughter of John and Rose (Macintosh) Krolewczyk in Chicago on March 17th 1915. Raised there, she graduated from Our Lady of Good Counsel High School.
Gertrude met Walter A. Nawara and they were married in Sacred Heart Catholic Church on August 17, 1940. He would precede her in death on October 29, 1974. In the 34 years they shared together, they raised a family of eleven children with ‘old school’ values.
Surviving are six sons: Thomas W. (Bernadine) Nawara of Riverside, IL; Walter A. (Tina) Nawara of West Palm Beach, FL; Raymond J. (Andrea) Nawara of Dallas, TX; John R. (Anna) Nawara; George G. (Teri) Nawara both of Plainfield, IL and James G. Nawara of Chicago. Five daughters are: Therese G. Nawara of Chicago, Gertrude R. Nawara of Bass Lake, Christine M. Nawara of Clarendon Hills, IL, Judith M. (George) Apelian of Northbrook, IL and Maria R. (Bob) Padilla of Western Springs, IL. Gertrude enjoyed and was proud of her 17 grandchildren and five great-grandchildren.
She was also preceded in death by her siblings: Louis, Frank “Lefty” and Valentine Krolewczyk and Harriet Janik who have left many special nieces and nephews.
Gertrude was a member of Five Holy Martyrs Catholic Church in Chicago. She had served as Mothers Club President at Our Lady of Good Counsel School where she volunteered many hours and being true to her heritage she was a member of the Polish National Alliance which her father had founded.
She was a wonderful homemaker who loved to garden, make hats and follow the Chicago Bears and University of Notre Dame.
Friends are invited to join Gertrude’s family as they celebrate her life on Monday, January 17th from 3 – 9 p.m. CDT in the Modell Funeral Home 7710 South Cass Ave., Darien, IL 60561 where prayers will begin on Tuesday morning at 9:15 a.m. prior to the move to the church.
Mass of Christian Burial will be held at 10 a.m. CDT Tuesday in Our Lady of Peace Catholic Church, 701 Plainfield Road, Darien, IL.
Entombment will follow in the Resurrection Cemetery Mausoleum, Chicago.
In Lieu of flowers the family requests the memorial gifts be given to St. Michael Church – Tuition Assistance Fund, c/o Marshall County Community Foundation, P.O. Box 716, Plymouth, Indiana 46563.
Funeral Director – Randall L. Danielson – randy@johnson-danielson.com