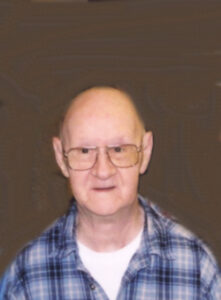 Glen R. Baughman, 80, a Tyner area resident all of his life, passed away at 6:50 a.m. Monday, August 10, 2009, in the Pilgrim Manor Nursing Center, Plymouth, where he had been a resident for the last five years.
The son of William and Blanche Heim Baughman, he was born on September 13, 1928 in Tyner. He attended Tyner School.
He had worked in the maintenance department at American Optical in Plymouth for 20 years, retiring in 1990.
Glen enjoyed fishing, watching T.V., reading newspapers and watching what was going on outside.
He is survived by a sister, Betty (Eldon) Metcalf of Plymouth, a brother, Gene (Pauline) Baughman of Plymouth, a sister-in-law, Pat Baughman of Walkerton and several nieces and nephews.
Glen was preceded in death by his parents and three brothers: Gerald, Paul and Bill.
Friends may call from 1 to 2 p.m. on Thursday, August 13, 2009 in the Johnson-Danielson Funeral Home, 1100 N. Michigan St., Plymouth. Services, officiated by the Rev. Chuck Krieg, will be held at 2:00 p.m. Thursday, in the funeral home.
Burial will be in Tyner Cemetery, Tyner.
Memorial gifts in Glen’s memory may be given to the Parkinson’s Foundation or the Marshall County Cancer Society.