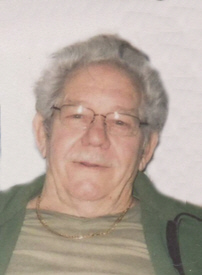 Glenn D. Penrod, 80, of Upas Road, passed away of natural causes in his home at 2:34 p.m. on Friday, May 16, 2014.
Born in Poneta, Indiana on October 4, 1933, Glenn Duane was the son of Lee Edward and Mable Florence (Bennett) Penrod. He graduated from Lakeville High School.
On April 26, 1953 in South Bend, Glenn married Patricia M. Matz in the Indiana Avenue Christian Church.
A steel worker by trade, Glenn was a member of the Ironworkers Local Union 292 for 32 years before his retirement in 1996. “I am a widow of an Ironworker. My husband wore a t-shirt, work boots from Sears, a hard hat and had big tanned forearms too. He would come home full of dirt and sweat. I was so proud of what he did for a living. He helped build all those beautiful buildings.” – By Jan Hoffman
After retirement, Glenn and Pat, as his co-pilot, hauled towers for Pirod Towers as a “ma & pop operation”.
Glenn loved fishing, hunting, trapping and going mushroom hunting. He could always be found woodworking or making items out of steel, shepard canes being a specialty. He enjoyed bird watching, even rescuing a hummingbird once, and gardening. He was a former member of the Moose Lodge 741.
Glenn is survived by his loving wife of 61 years, Pat of Plymouth, and their four children; Vickie S. (Richard) Flory of Plymouth, Sharon L. Penrod of Plymouth, Glendora L. (Frank) Linderman of Argos, and Robert A. (Carol) Penrod of Plymouth. He has 14 grandchildren: Alesha, Tina, Tim, Jessica, Ryan, Raymon, Glenn, Melissa, Keith, David, Holly, Christina, Jason and Chase, and 19 great-grandchildren. Also surviving are his brothers, Roger (Shirley) Penrod of Plymouth and Don (Nick) Penrod of South Bend, and sister, Carolyn Babcock of Plymouth.
He was preceded in death by his parents, and siblings, Charles Penrod and Clara Kusspert.
No services will be held at this time.