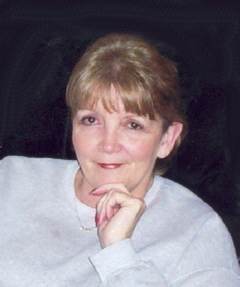 Gloria J. Rash, 61, also affectionately known as Jeanie and Georgia, died at 5:24 p.m. on Wednesday, November 17, 2010 in Saint Joseph Regional Medical Center, Mishawaka, following an illness. She had been a resident of Plymouth for the past 10 years, coming from Dublin, Georgia.
The daughter of Wallace and Bonelle Johns Horton, she was born in Perry,Georgia on December 31, 1948. As a child, Gloria’s parents moved often and she lived in many different towns in Georgia.
On June 1, 2001, Gloria and Curtis L. Rash were married in Plymouth.
Gloria had worked as a caretaker, helping others to be able to stay in their own homes.
She enjoyed doing arts and crafts, fishing and playing cards. Gloria especially enjoyed playing with her little buddy, Elijah and spending time with her granddaughter, Brittany.
Gloria is survived by her husband, Curtis, of Plymouth; her stepmother, Caroline Horton of Georgia; her children: Tasha Allen of Florida, Alicia Dunson, Paula Maddox, Robbie Dunson and Sean Lane, all of Georgia, eight grandchildren and three great grandchildren.
Also surviving are a sister, Debra Brown, two brothers: Roger Horton and Carl Horton, all of Georgia, and her mother-in-law, Lois Rash of Plymouth.
She was preceded in death by her parents.
A time to share memories and visit with the family will be held from 2 to 4 p.m. on Sunday, November, 21, 2010 in the Johnson-Danielson Funeral Home, 1100 N. Michigan Street, Plymouth, IN.
Funeral services, officiated by the Rev. Ken Otto, will be held at 4:00 p.m. on Sunday in the funeral home.
Memorial gifts in Gloria’s memory may be made to the Center for Hospice Care, 112 S. Center Street, Plymouth, IN 46563.