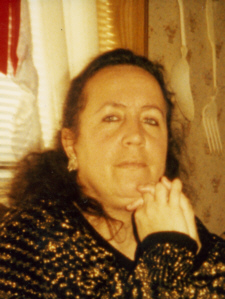 Gloria Jeanne Gilbert, 67, an area resident most of her life, died at 7:45 a.m. on Monday, July 19, 2010, at Saint Joseph Regional Medical Center, Plymouth.
The daughter of James E. and Pauline Krouse Elliott, Gloria was born in Plymouth on August 9, 1942. She was a 1960 graduate of Columbia City High School.
On April 11, 1964, Gloria and Bernard “Jim” Gilbert were married in Starke County. Jim preceded her in death on May 4, 1996.
A homemaker, Gloria had also worked in housekeeping at a local nursing home for ten years. She enjoyed collecting dolls, antiques and was very interested in genealogy.
Gloria is survived by her sons: Brian James Gilbert of Plymouth and John Philip Gilbert and his children, Valkyrie and Lachlan of Bowling Green, Kentucky. Also surviving are a sister, Mary Anne (Donald) Roebuck of Middlebury, Indiana; a niece, Nanette Walker of Springfield, Oregon and a nephew, Mark Roebuck and his children Tyler and Ryan of Middlebury, Indiana.
She was preceded in death by her parents and her husband.
Friends will be welcome to share memories with Gloria’s family from 10:00 a.m. to 12:00 p.m. on Saturday, July 24, 2010, at Johnson-Danielson Funeral Home, 1100 N. Michigan St., Plymouth.
Funeral Services for Gloria, officiated by the Rev. Charles Krieg, will be held immediately following visitation at 12:00 p.m. Saturday, in the funeral home. Burial will be in Burr Oak Cemetery, Burr Oak, Indiana.
Memorials in Gloria’s name may be made to the Center for Hospice and Palliative Care, 112 S. Center St., Plymouth, Indiana.