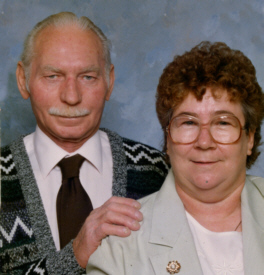 Gracie Cole, 76, formerly of Bourbon, passed away with her family by her side at 9:18 p.m. on Monday, January 5, 2015 in her home on Pennsylvania Avenue in Plymouth.
Born in Gould City, Michigan on June 29, 1938, Gracie was the daughter of Alvin and Marian Etoile (Griffith) Allen.
On December 9, 1954 in Manistque, Michigan, Gracie married Willard F. Cole. He would precede her in death on August 26, 2006.
In 1988 at the age of 50, Gracie went back to school and attained her GED in Rochester. She worked as a laborer at Murphy’s and Ristance in Bremen.
Gracie loved spending time with her family. She was also a member of the Moose Lodge in Plymouth.
She is survived by a daughter: Gretta G. Anderson of Plymouth, a son Willard F. and Kim Cole, Jr. of Plymouth and daughter in laws: Beverly Cole of Argos, IN, and Pamela Cole of Plymouth, IN.
Also surviving are 14 grandchildren and 18 great-grandchildren, two brothers: Pat Allen and Russ Allen, both of Delong, IN, and a sister, Bonnie Lee of Culver, IN.
Gracie was preceded in death by her husband, parents, sons: Timothy L. and Kim L. Cole, and siblings: George “Butch” Allen, Anna Mae Cole, Rex Allen, Roseman Genevieve (Nallett) Maxon , Francis Griffith, Georgia Ash, Barbara McAlpine.
A memorial service will be held at a later date. Gracie, her husband Willard and their son Kim, will be laid to rest together in the New Oakhill Cemetery at a later date.