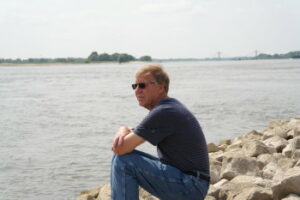 Born on July 18, 1943 in Gorssel, Netherlands he was the son of Hendrik and Cornellia (Brinkhoff). Hank proudly served his country with the Royal Netherlands Army. He attended college in his home country receiving a Bachelor’s in Science in Mechanical Engineering.

He met this wonderful lady name Marianne Kennedy through rural youth and they were married on October 20, 1972 at St. Michael’s Catholic Church in Plymouth. Hank worked for Veldman’s Service Center as an auto mechanic for 20 years and also for Tire Rack as a service manager before retiring in 2018.

Hank was a very reserved man, often keeping to himself, but nonetheless an extremely hard worker and great provider to his family. Often referred to as “Opa” by his grandchildren, they will carry on his legacy of always remaining persistent on any goals and dreams that they may have.

He loved to bicycle, garden, read and traveled to 49 states.

Hank is preceded in death by his parents and 2 brothers.

A celebration of life will be held on a later date.