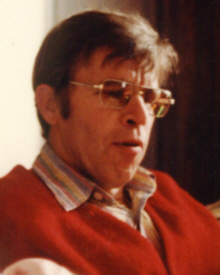 Harold â€œHattieâ€ A. Bagley, 86, formerly of Lake of the Woods, died August 11, 2016 at Memorial Hospital in South Bend. He was born in Pontiac, Michigan on July 29, 1930 to Frank and Mary (Cunningham) Bagley. Hattie was the oldest of eight children who include: (Deceased): Francis Atkinson, Jean Horvath, David Bagley, Terry Bagley, Leslie Eppert. Living are: Debra Eppert and Mike Markley. Hattie married his childhood sweetheart, June Arlene Richardson on September 8, 1951. She died February 17, 1996. Their four children and spouses are: Douglas Allen Bagley and wife Barbara (Penrod) Bagley of Allen, TX; Nena Marie Haskins of South Bend; Robert Allen Bagley and wife Mary (Wojtysiak) Bagley of South Bend; Suzi Marie Heminger and husband Mark Heminger of Lake of the Woods. He is also survived by four grandchildren and two great-grandchildren: Philip Bagley of Bentonville, AR; Eric Bagley of Allen, TX; Erin Bagley Johnson and Wes Johnson of Round Rock, TX; and Nena Ann Haskins of South Bend; IN, Great-grandchildren: June Marie Johnson and Wednesday Abigail Johnson of Round Rock, TX. On October 30, 1998 Harold married the second love of his life, Bonnie McKinney of Argos. They were married for eighteen years. Bonnie brought with her into the family her children: (deceased) Vickey McKinney Farlow, Jeff McKinney and Lori McKinney VanDerWeele, as well as their children and grandchildren. Hattie was in the Indiana National Guard for eight years until he decided to work alongside his father at Bagley Electric in Plymouth. Hattie was the electrician for numerous companies and churches in the area, as well as the city of Plymouth.
Hattie was known for his wit and humor and his absence leaves a deep void for all his family and friends. His children and grandchildren especially adored him and his ornery nature. We hope that heâ€™s on a stage in Heaven right now doing what he loved and making people laugh.
Private family services will be held.