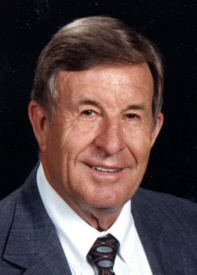 Harold I. Parrish, 87, came to the end of his work and journey at 10:45 p.m. on Thursday night April 13, 2017 with family by his side. His wife and he had lived in Sanford, Florida for 36 years before coming to Plymouth.
Born in Adel, Georgia on July 10, 1929 and raised on the family farm, Harold was the son of Arlie G. and Carrie (Hayes) Parrish.
On June 16, 1950 in Pearson, Georgia, Harold married Elsie Taft, who survives.
Over the past 70 years, Harold (also known as the â€œPickle Manâ€) loved his lifelong career of making pickles. In February of 1993, Harold and Elsie started Parrishâ€™s Country Lad Farms in Sanford, Florida. After 5 years of operation, they retired and sold their business to Chicago Pickle. They made Plymouth their home for the past few years.
Harold and Elsie were dedicated to the Southern Baptist home missions work and planting churches program. They were one of the founding families of the Plymouth Baptist Church (formerly Marshall Baptist Church), and were current members.
He is survived by his wife of 66 years, Elsie of Plymouth, and his two daughters: Cathy (William) Hayes of Sanford, FL and Karen (Hal) Bowman of Plymouth; grandchildren: Heather (Rhett) Roy of FL, Heath (Quinn) Bowman of Plymouth, Ashley (James) Powell of FL and Carrie Hayes of FL; 8 great-grandchildren: Kylie, Jarrod, Shelby, Barrett, Avery, Brayden, Tate and Maverick; brother, Lamar Parrish of Sparks, GA and sister-in-law, Beverly Parrish of Valdosta, GA.
Harold was preceded in death by his parents and brother, Emory Parrish.
Visitation will be held from 11-12 p.m. on Tuesday, April 18, 2017 in the Johnson-Danielson Funeral Home, 1100 N. Michigan Street, Plymouth. Funeral services will immediately follow in the funeral home at noon with Rev. Douglas Dieterly officiating.
Burial will be in the Woodlawn Cemetery Annex in Adel, Georgia.
Memorial contributions can be made to Plymouth Baptist Church 11345 9A Road, Plymouth, IN 46563 or Center for Hospice Care 112 S. Center St. Plymouth IN 46563.