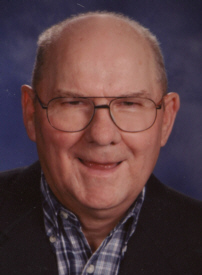 Harold Junior Stiles, 77, and a lifetime Marshall county resident, passed away early Friday morning, November 22, 2013 in his home, with his family by his side.
Born on July 15, 1936 in Tyner, Indiana, Harold was the son of Howard and Sylvia Pearl Drummond Stiles. He attended Tyner School, where he enjoyed physical education, shop class and played on the basketball team.
After leaving school, Harold continued farming while also working at the Marshall County Community Sale Barn for eight years, driving the stock truck. He then went to work for Youngdoor, which was sold and renamed Door Craft, and then finally renamed Jeld Wen. He was a fork lift operator for over 39 years, before retiring due to health issues.
In Plymouth on October 21, 1967, Harold married Laura Louise Barcus.
Harold loved to coon hunt and took up fishing with his wife and grandsons. He followed his grandsons to all football games, baseball games, wrestling matches, and cross country races. He was a former member of the Plymouth Wesleyan Church.
He is survived by his wife, Laura of Plymouth and their children: Paula Jean Stiles of South Bend, Harold “Tod” Stiles of Mishawaka, Larry J. Mikesell Jr. of Plymouth, Dawn S. (Ron) Rogers of Smyrna, DE, and Jerry L. (Jennie) Mikesell of Plymouth; 8 grandchildren: Brianne, Jacob, Caleb, Luke, Audrey, Emily, Tiffany and Lee; and 5 great-grandchildren: Kayla, Daniel, Kevin, Zachery and Amani; his sisters, Carol Sue Gearhart and Judy Rice: and sister-in-laws, Jacqueline and Bonnie Stiles.
Harold was preceded in death by his parents and two brothers, Charles H. and Paul G. Stiles.
Visitation will be from 12:30 p.m. – 2:30 p.m. on Sunday, November 24, 2013 in the Johnson-Danielson Funeral Home, 1100 N. Michigan Street, Plymouth. Funeral services will immediately follow in in the funeral home with Pastor John Branch officiating.
Burial will be in the New Oakhill Cemetery.
Memorial contributions can be made to Center for Hospice Care 112 S. Center St. Plymouth IN 46563 or the Cancer Association of Marshall County, 9739 Sunnyside Dr., Plymouth, IN 46563.