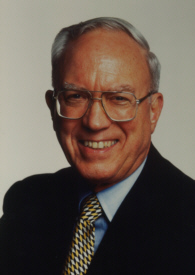 Harold “Andy” Leroy Anderson, age 83, passed away on Tuesday, September 9, 2014 at 10:41 a.m., at the St. Charles Medical Center in Bend, Oregon, from complications following open-heart surgery. The family would like to commend the medical personnel at St. Charles Medical Center for their valiant efforts to save his life. There will be A Celebration of Life Service on Friday, September 19, 2014 at 2:00 p.m. at the Bend Church of the Nazarene, 1270 NE 27th Street, Bend, Oregon, 97701, (541) 382-5496, with The Reverend Virgil Askren officiating. A Memorial and urn Committal Service will be on Wednesday, October 29, 2014 at 11 a.m. at the Oak Hill Cemetery Chapel, 1300 Chester St., Plymouth, Indiana, 46563 (Entrance off South Michigan Street across from Webster School), with Harold’s son, The Reverend Robert “Bob” Anderson, officiating. Harold was born in Larwill, Indiana, on October 22, 1930. He spent most of his childhood and young adult years in Plymouth, Indiana, where he graduated at the top of his class from Plymouth High School in 1949. Harold owned Plymouth Auto Body until 1959 when he became an auto insurance adjuster with EMMCO Insurance Company, a division of Associates Insurance group, and moved to Cincinnati, Ohio. That was the start of many years in the insurance business as he worked his way up through the corporate ranks. Each promotion meant a move to a different city and state: Louisville, Kentucky, Anderson and South Bend, Indiana, Niles and Livonia, Michigan, Burnsville, Minnesota, Dallas and Amarillo, Texas, and Seattle, Washington. He purchased a managing general insurance agency, Kenneth I. Tobey, Inc., in Seattle, Washington, in 1985 and began Cascade National Insurance Company, where he served as President until his retirement in 2005 when Harold and his wife, Ann, moved to Bend, Oregon.
Even in retirement, Harold was never one to sit still. He worked full-time as Marketing Manager for Service Master, retiring at age 80-years-old. During that time, he also worked part-time as a marketing consultant for Baird Funeral Home in Bend, Oregon. Harold’s greatest joy during his retirement years was his work as a volunteer with the Bend Police Department, the Deschutes County code enforcement, and the Central Oregon Police Chaplaincy. If you received a ticket for a handicap parking violation in Bend, Oregon, in the past few years, Harold probably wrote the ticket. You may have seen him directing traffic for parades and special events in Bend. He was also a past president of the Southeast Bend Neighborhood Association. In 2013, the Mayor of Bend, Jim Clinton, presented Harold with an award, honoring him for his volunteer service to the city. Mayor Clinton called Harold, “not just a regular volunteer, but a super volunteer.”
Besides being an astute businessperson, Harold was active in his local church wherever he lived. He was a member of the Bend Church of the Nazarene and enjoyed attending Bend Mission Church. In October of 2012, Harold was diagnosed with non-Hodgkin’s lymphoma, which he bravely battled and was pronounced “cancer free” in 2013. However, it was determined that the chemotherapy drugs damaged not only his heart but also his kidney functions, which led to non-reversible heart failure and severe kidney failure. He also suffered a stroke at the base of the brain. Life slowed down for Harold. Never one for hobbies or sitting and reading, Harold’s beloved dog, Annie, became his constant companion.
Harold is survived by his wife of thirty years, Ann Cox Anderson of Bend, Oregon, his ex-wife of thirty-two years, Donna Anderson Eichorst of Manteno, Illinois, his three children: Teddie Lynn (Dale) Hill of Manteno, Illinois, Robert Leroy (Marilyn) Anderson of Three Rivers, Michigan, Bruce Allen (Pamela) Anderson of Beaverton, Oregon; two step-sons, Donald Cox of Bellevue, Washington, and Daniel Cox of Everett, Washington; five grandchildren: Amy (Tim) VanSwol of Manteno, Illinois, J. Scott (Kara) Hill of Burien, Washington, Jennifer(Mark) Walker of Lansing, Michigan, Karen (Jonathon) Bacon of Bourbonnais, Illinois, Brent (Casey) Anderson of Forest Grove, Oregon,; two step-grandchildren Travis and Dakota Cox of Everett, Washington; eleven great grandchildren: Preston and Caden VanSwol, Enzo and Esmae Hill, Anderson and Renae Walker, Eamon, Ezra, Eli and Ella Anderson, and soon to be welcomed into this world, baby Ellie Bacon; and many of his cousins who are the brothers and sisters he never had. Harold was preceded in death by his parents, Virgil Leroy (Nellie May) Anderson of Plymouth, Indiana; his paternal grandparents: Charles W. (Wynona “Nona”) Anderson of South Bend, Indiana; his maternal grandparents: Herbert C. (Mina) Power, Sr. of South Bend, Indiana.
In lieu of flowers, Harold wished that charitable donations be made to: Central Oregon Police Chaplaincy, PO Box 1898, Redmond, Oregon 97756, www.copchaplain.com or Bend Church of the Nazarene, 1270 NE 27th Street, Bend, Oregon 97701, www.bendnaz.org.
The Johnson-Danielson Funeral Home, Plymouth, Indiana is in charge of local arrangements. Baird Funeral Home of Bend, Oregon, is in charge of arrangements in Oregon.