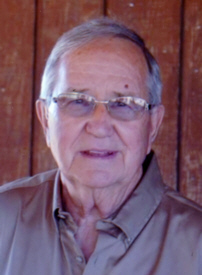 Harold L. Smith, 79, of Knox, passed away at 3:46 AM Monday, September 5, 2016 peacefully at his home surrounded by his loving family.
Harold was born January 15, 1937 in Rochester, Indiana, to the late Glenn and Eva (Collins) Smith.
He graduated from Talma High School in 1955 and enlisted in the United States Army shortly after graduation. He served honorably from 1955â€“1957 and was stationed at Ft. Riley, KS.
In December of 1964 he met, fell in love and married Bonnie Personette, who he spent the next-fifty one years with living, loving and laughing.
In 1970 Harold began working for Norfolk & Southern Railroad where he retired thirty-one years later in 2001. After retirement Harold and his wife spent their time traveling and enjoyed many vacations with family and friends. Harold enjoyed golfing, dancing, gardening, landscaping and spending time with his grandchildren and great-grandchildren. Surviving is his loving wife; Bonnie Smith of Knox, four children; Lisa (Brian) Kuczka of Syracuse, Harold Smith Jr. (Monica Collins) of Knox, Douglas (Christine) Smith of LaPorte, Traci (David) Frazier of Knox, fifteen grandchildren and four great-grandchildren. He is also survived by one sister; Evelyn Walker of Fishers, and one step sister; Shirley Parkhurst of Plymouth. He was preceded in death by his parents and two brothers-in-law; Tom Parkhurst of Plymouth and Donald Walker of Westfield.
The family will receive friends from 4-8 PM EDT on Thursday, September 8, 2016 in the Johnson-Danielson Funeral Home, 1100 North Michigan Street, Plymouth.
Funeral services will be at 11:00 AM EDT on Friday, September 9, 2016 in the funeral home, with Pastor Hager Tolson officiating.
Burial will be in the New Oak Hill Cemetery, with Military Honors provided by members of the American Legion Post 27, Veterans of Foreign Wars- Marshall County Post 1162 and D.A.V.
Memorial contributions may be directed to the Heartland Hospice, 230 West Catalpa Drive, Mishawaka, Indiana 46545.