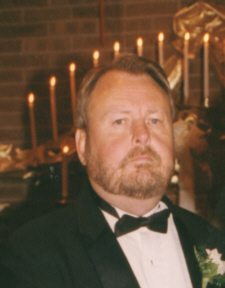 Harold W. Farver, 69, a lifetime area resident, died at 4:27 a.m., Saturday, July 25, 2009 at his residence, after a battle with Lou Gehrig’s disease. Born in LaPaz, IN., on June 2, 1940, Harold was the son of Glenn and Dora Carlson Farver. He attended LaPaz schools.
On June 13, 1959, in Walkerton, IN., Harold and Judy M. Minnix were married.
He retired from AM General Corp. in 1996.
Harold was well known for his love of sports. He was a die hard Cubs fan, a Chicago Bears fan and a huge Notre Dame fan. He also loved to fish, play golf, play pool and watch Nascar.
Harold was a member of the Sons of the American Legion Post in Plymouth.
He is survived by Judy, his wife of fifty years, and by their son , Jeff (Lisa) Farver, Plymouth. and their daughter Kim Correll, Nappanee, IN.
Four grandchildren and two great-grandchildren also survive together with two sisters: Betty Kizer, Lakeville, IN., and Doris Sliter, Koontz Lake, IN. and several nieces and nephews.
Harold was preceded in death by his parents and two sisters: Helen M. Lemert and Norma Jean Hoover and three brothers: Robert Farver, Dale Farver and Bill Williams.
The family will receive friends from 5 to 8 p.m. on Tuesday, July 28, 2009, at the Johnson-Danielson Funeral Home, 1110 N. Michigan St., Plymouth.
Funeral services for Harold will be held at 1 p.m. on Wednesday, July 29, 2009, in the funeral home. Interment will be in the Bremen Cemetery, Bremen, IN. Memorial gifts may be made to the A.L.S. foundation.