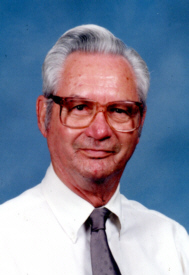 Harold W. Henderson Sr., 92, passed away at home with his son by his side on Saturday morning, February 7, 2015.
Born the son of Wayne A. and Bessie (Beatty) Henderson on November 15, 1922 in South Bend, Indiana, Harold graduated from West High School with the class of 1940. Harold served our country from 1943 – 1946 in the U.S. Army Air Force during WWII until his Honorable Discharge.
On October 25, 1942 in West Township of Marshall County, Harold took Virginia Mae Personette as his bride. To this union two children were born, Harold W. Jr. and Roxanne.
Harold was very involved in the Mishawaka Masonic Lodge No. 130, and received the degree of Actual Past Master in 1965. In 2013, he received his 50 year award of gold from the Lodge.
He worked for ARS and drove patients around for dialysis treatments throughout the surrounding areas. He was an appliance salesman in the local areas and worked at Ancilla College in Donaldson for 8 years as a driver to many of the staff and for various functions. Harold also attended the Sunrise Chapel in Plymouth.
He is survived by his son, Harold W. “Hal” Henderson Jr. of Rochester and his daughter, Roxanne (John) Baughman of San Antonio, TX.; grandchildren: Michael Baughman, Angela (Keith) Bray and Christopher (Gabriel) Henderson; great-grandchildren: Brady Baughman, Mea Bybee, Hadley Henderson and Adilynn Henderson.
His siblings are: William (Hazel) Henderson of Plymouth, Maxine Hardy of Clermont, FL, and Joyce (Jerry) Sheneman of Bremen. His sister-in-laws are Virginia Henderson of Encinitas, CA and Elaine Henderson of Plymouth.
Harold was preceded in death by his wife, Virginia in 1991, by his parents, his brothers, Robert and Howard, and his brother-in-law, Don Hardy.
Visitation will be on Tuesday February 10, 2015 from 5-8 p.m. in the Johnson-Danielson Funeral Home, 1100 N. Michigan Street, Plymouth. The Masonic Lodge No. 130 and the Plymouth-Kilwinning Lodge will do a memorial service at 7:30 p.m.
Funeral services will be at 11 a.m. on Wednesday, February 11, 2015 in the funeral home with Rev. Charles Krieg officiating. Burial will follow in the New Oakhill Cemetery with Military Honors provided by members of the American Legion Post 27, Veterans of Foreign Wars- Marshall County Post 1162 and D.A.V.
Memorial contributions can be made to the family.