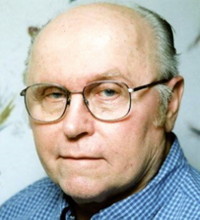 Harold W. Reynard, 79, peacefully passed away at 2:12 p.m. on Tuesday, December 31, 2019 at Millerâ€™s Merry Manor in Plymouth.
Harold was born and raised in Honesdale, Pennsylvania, the son of Myron F. and Ruth (Gavitt) Reynard. After graduating from Parkland High School with the class of 1957, he joined the United States Air Force and served for 22 years as an Intelligence Specialist. He was a Vietnam veteran and accumulated over 4,000 flying hours and earned several decorations and medals. After his Honorable Discharge, Harold went on to get a Bachelor of Arts, Business Administration from Bellevue University.
On November 4, 1961 in Brienigsville, Pennsylvania, Harold married Marion Mae Merkel. After being a military family, moving from state to state and country to country, the couple would make Plymouth their home after finding a farmstead on 6th Road. After acquiring some land, he began farming again, something he hadnâ€™t done since growing up on his familyâ€™s farm back home.
He served in many bank office positions but lastly as Vice President of Support Services for Associated National Bank. After his retirement Harold farmed his land, and he also decided to better serve his hometown by running for District 3 County Council.
Harold is survived by his son, Myron F. Reynard of Bremen and his daughter, LeNora A. (David) DeJabet of Pierre, SD; step-sons, Dan Kline of Plymouth and Michael (Venus) Kline of Kyle, TX; grandson Christopher A. (Karen) DeJabet of Lincoln, NE and great-grandson, Jonathan; and brothers, Ronald (Ruth) Reynard of Allentown, PA and Dale Reynard of Oley, PA.
He was preceded in death by Marion in 2012, his parents and brothers, Charles and Gary Reynard.
Visitation will be from 11-1 p.m. on Saturday, January 4, 2020 at the Johnson-Danielson Funeral Home, 1100 N. Michigan Street, Plymouth. Funeral services will follow at 1 p.m. with Life Celebrant James Smart officiating.
Burial will be in the New Oak Hill Cemetery, Plymouth with Military Honors.
Memorial contributions can be made to the American Parkinsonâ€™s Disease Association, 135 Parkinson Avenue, Staten Island, NY 10305.