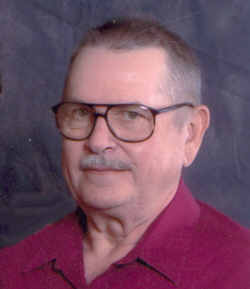 Harold Zane Munn, 77 of 18871 6th Road died Sunday, May 16, 2010 in St. Joseph Medical Center, Mishawaka, Indiana. He was a lifelong resident of Marshall County.
He was born on November 28, 1932 to Rolland and Florence VanPherson Munn in Plymouth, Indiana. Harold was a graduate of Tyner High School with the class of 1950. After graduation he helped out on the family farm.
Harold enlisted on February 13, 1953 in the United States Army and he was a veteran of the Korean Conflict, he was honorably discharged on December 28, 1954.
On February 15, 1957 in the North Liberty Methodist Church, Harold married Dorothy Albright.
After returning from military service Harold started working as a machinist for Wheelabrator – Frye in South Bend for 31 years until the company went out of business. Harold then worked for Bomarko in Plymouth for 7 years before retiring.
Harold enjoyed reading, fishing and after retirement he and Dorothy enjoyed traveling, especially to Branson, Missouri.
He was a member of the American Legion and the Blissville Church of the Brethren.
Harold is survived by his wife of 53 years, Dorothy and two sons; Douglas Munn, Plymouth and Jeffrey (Shaunn) Munn, Plymouth.
He was preceded in death by his parents, a brother and sister-in-law, Stephen Wayne and Marian Munn.
Friends are invited to meet with Harolds’s family and celebrate his life on Wednesday, May 19, 2010, from 3 to 7 p.m. at the Johnson-Danielson Funeral Home, 1100 N. Michigan St., Plymouth.
Funeral services for Harold will be held in the funeral home on Thursday, May 20, 2010 at 11 a.m. with Rev. Paul Nye officiating.
Burial will be in New Oakhill Cemetery with full military honors conducted by the Plymouth American Legion and VFW.
Memorial contributions may be made to the Charity of the Donor’s Choice.