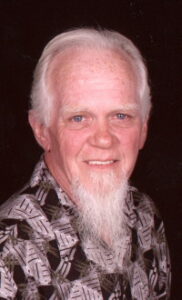 Harry Brummett, 75, passed away peacefully on Friday May 15, 2020 at home.
He was born August 13, 1944 in New Castle, IN to Jonas and Nora (Rowe) Brummett. He graduated from New Castle High School.
Harry proudly served our country in the U.S. Army as an infantryman. He had the honor of escorting his fallen comrades that had paid the ultimate sacrifice to their final resting place.
After being honorably discharged from the service, he went to college at Indiana Barber School to become a Barber as well as refereeing school to referee basketball, slow and fast pitch softball. Harry was an avid Indiana Hoosiers Basketball fan, especially when the Hoosiers were under coach Bobby Knight. He enjoyed traveling cross-country to many states and never knew a stranger. Harry loved listening and attending Blueâ€™s festivals as well as going to antique car shows. His greatest love was spending time with his daughter and granddaughter. He is survived by children; Angela (David) Brummett of Plymouth and Robert (Desiree) Brummett of Crown Point. IN; sisters, Mary (Herbert) Stage of New Castle, IN and Margaret (Joseph) Schaad of Avon, IN; brother, Jerry Brummett of Debary, FL; grandchildren: Bailyn Kucera, Dara and Isaac Brummet, as well as several nieces and nephews. He was preceded in death by his parents; sister Loradeen; brothers: Coy, Kenneth, Roy, Paul, Harold and Jim.
Due to the restrictions on social gatherings, the family will have a private service and burial in the New Oak Hill Cemetery, Plymouth.