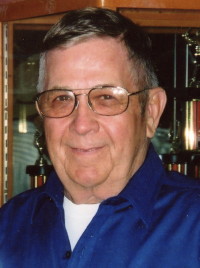 Harry Eskridge Jr., 82, peacefully passed away in his home surrounded by loving family on Tuesday morning, December 18, 2018.
Born in Knox, Indiana on August 9, 1936, Harry was the son of Harry and Pansy Eskridge. He graduated from Knox High School with the class of 1955.
Harry joined the Army National Guard and proudly served for our country until his Honorable Discharge in 1962.
In the First United Church of Christ in Plymouth on January 19, 1968, Harry took Diane C. Bottorff as his wife. The two would remain lifelong members of the church.
For 38 years, Harry worked for United Telephone-Sprint (now Embarq) as a telephone technician. He enjoyed getting to know his customers, loved working alongside his fellow employees and made many friends along the way.
He liked to go snowmobiling, water skiing, boating, raising horses and was an avid fisherman. Harry was a member of the Marshall County 4-H Horse & Pony Drill Team in the 1970s. In 1975, he took the Marshall County 4-H Color Guard to win First Place at the 1975 Indiana State Fair. He stepped back for some time from the drill team, but got back into it from 2000â€”2011. Harry was also a lifetime member of the American Legion Post #27 in Plymouth.
Harry is survived by his wife, Diane of Plymouth, and their son, Keith A. (Misty) Eskridge of Rochester; grandchildren: David Eskridge, Jennifer Oliver and Larry (Jessica) Green, all of Rochester; great-grandchildren: Brayden, Mason and Reagan Oliver; sister-in-law, Sandra J. Smith of Mishawaka; niece, Ashley Smith of Mishawaka and nephew, Colby Smith of Seattle, WA.
He was preceded in death by his parents, son Michael R. Eskridge in 1995, daughter Mindy Nickel in 2000, brother Kenneth Eskridge, and sisters: Evelyn Gentry, Vivian Hess and OrfaJean Wentzel.
Visitation will be held from 4-7 p.m. on Friday, December 21, 2018 in the Johnson-Danielson Funeral Home, 1100 N. Michigan Street, Plymouth.
Funeral services will be held at 11 a.m. on Saturday, December 22, 2018 in the Johnson-Danielson Funeral Home with Rev. Marie Siroky officiating.
Burial will be in the Tyner Cemetery, Tyner.
Memorial contributions can be made to the First United Church of Christ, 321 N. Center Street, Plymouth, IN 46563 or the Harbor Light Hospice, 1820 E. Day Road, Mishawaka, IN 46545.