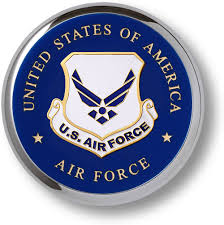 Harvey K. Moore, 71, passed away in his home on Wednesday, April 23, 2014.
One of ten children, Harvey was born in Illinois on April 28, 1942 to James and Dora (Beard) Moore.
After graduating college, Harvey became a professional pilot and flight instructor. He taught flight instruction at Culver Academies for many years before retiring in the early 90’s and then flew private medical charters. Harvey worked for an aero-medical transportation company out of South Bend-Elkhart.
He served our country during the Vietnam Era in the U.S. Air Force from 1963 until his honorable discharge on 1967.
His married Patricia L. McDonnough-Moore, who would precede him in death on March 11, 1995.
A graveside service will be held at 10:00 a.m. on Wednesday, May 7, 2014 in the New Carlisle Cemetery, 802 W. Michigan Street, New Carlisle with Military Honors provided by the United States Air Force Honor Guard and members of the New Carlisle American Legion Post 297.