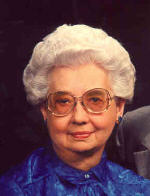 Hazel Aliene Mann, 77, of 313 Pennsylvania Ave., Plymouth, was a lifelong Plymouth resident. Hazel died, following an illness at 4:13 a.m. on Wednesday, November 27, 2002 in the Catherine Kasper Life Center, Donaldson, Ind. Born in Plymouth on September 6, 1925, in the house she was living in before going to the Kasper Home, Hazel was the daughter of Andrew Carl and Jennie Parks Furry. She was a 1943 graduate of Lincoln High School and the Salutatorian of the class. On July 19, 1943, in Whiting, Ind., Hazel and Alfred Mann were married. Alfred died on December 26, 1989. She worked for the United Telephone Company, now Sprint, for 34 years, the only job she ever had. An avid reader, she was a member of The Friends of the Plymouth Library, the Marshall County Historical Society, and the Marshall County Humane Society. She also was active with the Independent Telephone Pioneers. Hazel is survived by a daughter and two sons. Her daughter is Cynthia (John) Dietrich, Plymouth. Her sons are twins, Terry (Sandy) Mann, Bremen and Larry (Linda) Mann, Plymouth. She is also survived by eight grandchildren and ten great-grandchildren. Hazel was preceded in death by her parents, her husband Al and a brother, John David Furry. Visitation with the family and sharing of memories will be held on Friday, November 29, 2002, from 4 to 8 p.m. in the Johnson-Danielson Funeral Home, 1100 N. Michigan St., Plymouth. Funeral services for Hazel will be at 10:00 a.m. on Saturday, November 30, 2002, in the funeral home. The Rev. Maurice Grindle, pastor of the Trinity United Methodist Church where Hazel was a member will officiate. Burial will be in Oakhill Cemetery, Plymouth. Memorial gifts may be made to the Marshall County Humane Society and the Catherine Kasper Life Center.