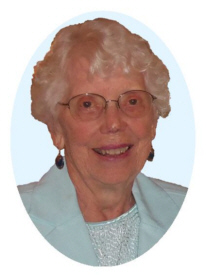 Helen L. Schroder, 90, passed away on Saturday, March 21, 2015 under Hospice care in the Cape Canaveral Hospital, Florida after suffering a stroke nine days earlier.
Helen was born in Crawfordsville, Indiana on November 1, 1924 to Marvin and Edna Lucille (Stingley) Hesler. She attended Stockwell High School, graduating with the Class of 1942. Helen became a member of the Order of the Eastern Star in 1943, and has since served as past Worthy Matron.
After graduation she moved to Lafayette, Indiana, where she met her first husband, Cecil Rusk. Together they had one daughter Cathy Sue Rusk. Cathy preceded her in death as well as Cecil, who died on March 12, 1960. She was also predeceased by son Jerry Schroder and brother Vern Hesler.
On January 29 Helen married Kenneth Schroder. The couple moved to Plymouth in 1970 and made their home on 9A Road. Helen worked for Young Door Company for 19 years, retiring in 1989. Kenneth and Helen became snowbirds after retirement, spending winters in Cocoa Beach, FL for the past 24 years. She enjoyed gardening, reading, playing cards and board games with family and friends.
Helen is survived by her husband of 49 years, Kenneth of Plymouth, sons Gerald (Arlene) Rusk of Pitman, NJ, Roger (Michele) Schroder and Robert (Nancy) Schroder, both of South Bend, IN as well as, two grandsons, Brian (Amy) and Michael (Christine), great-granddaughters Ella and Alyssa, and her brother, Virgil Hesler of Valdosta, GA.
Visitation will be from noon until 2 p.m. on Friday, March 27th in the Johnson-Danielson Funeral Home, 1100 N. Michigan Street, Plymouth, IN 46563.
Funeral services will immediately follow at 2 p.m. in the funeral home with Rev. Charles Krieg officiating.
Graveside services will be held at 11 a.m. Saturday March 28th, with burial in the Johnson Cemetery in Stockwell, IN.
Memorial contributions can be made to Marshall County Boys and Girls Club, 314 E. Jefferson St., Plymouth, IN 46563.