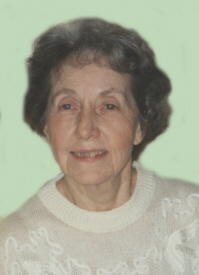 Helen M. Lukenbill, 97, formerly of Indianapolis, passed away Wednesday, May 21, 2014 at Pilgrim Manor, Plymouth.
Born in Lexington, Kentucky, Helen was the daughter of Anthony J. and Nannie Arterburn McCollum. The family moved to Mobile, Alabama, and then to Indianapolis, where Helen graduated from Shortridge High School. She married Kenneth Howd Lukenbill in 1937. He preceded her in death on September 10, 1987.
Along with her parents, husband, and brother, James P. McCollum, Helen worked for the family business, McCollum Typewriter Company, from the early 1930s until 1975. Kenneth and James were known as the sales force, and Helen as the “Driving Force”. Helen had a deep faith and, together with her husband, was a longtime member of Second Presbyterian Church in Indianapolis. She also volunteered her time and resources to several community programs and organizations.
Helen is survived by her loving son, Kenneth H. (Penny) Lukenbill, her adored grandson, Adam K. (Sarah) Lukenbill and their daughter Lucille, all of Plymouth. Her cousins, Norma Jean Fulmer and Nancy Riddle, both of Colorado, also survive.
Helen was preceded in death by her parents, and brother.
A Memorial service will be held at 2:00 p.m. on Saturday, May 24, 2014 at First Presbyterian Church, 401 North Walnut Street, Plymouth. The family will receive friends from 12:00 until the time of the service in the church. The Revs. Les Johnson and Paul Nye will officiate.
A second Memorial service will be held in Indianapolis on Tuesday, May 27, 2014 at 12:00 p.m. at Second Presbyterian Church, 7700 North Meridian Street, Indianapolis, with a gathering of friends and family following. The Rev. Dr. Lewis Galloway will officiate.
A private family interment will be held at Crown Hill Cemetery, Indianapolis.
In lieu of flowers, memorial contributions may be made to the Wheeler Mission Ministries 205 East New York Street, Indianapolis, Indiana, 46204 or to the Humane Society of Marshall Co, P.O. Box 22, Plymouth, Indiana, 46563.