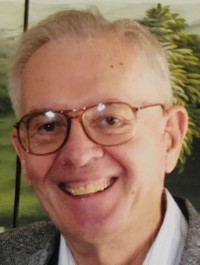 Henry Gibbons Butler, 92, passed away in his sleep at Catherine Casper Life Center on May 2, 2020. Henry was born in Plymouth, IN on July 18, 1927 to Eunice (Gibbons) Butler and Lyman McMurtry Butler, Sr. Raised in Plymouth, Henry graduated from Lincoln H.S. in 1945, and after graduation served in the Navy at the end of WWII. After the Navy, he enrolled at Purdue University and graduated in 1950 with a degree in Agriculture. At Purdue he met the love of his life, Dorothy Kunkel, and they married in Peru, IN in December, 1950. During the first few years together, they farmed the family farm in Inwood, IN. Along with farming, Henry developed other business interests as co-owner of a feed grinding business and the Inwood Grain Elevator. Henry, in partnership with Dorothy, started his own business, Henry Butler Equipment Sales, selling grain drying and storage equipment to area farmers. Henry and Dorothy enjoyed traveling in the United States and abroad including trips to Europe, the Middle East, South Africa, and China. After retirement they wintered in Naples, FL enjoying hosting family members especially their four grandsons. Because the Inwood farm was so special to Henry, they would return to Plymouth in the spring so he could watch over the farm from planting to harvest. Henry was a lifelong member of First United Methodist Church, Plymouth where he served on various committees throughout the years. Much of their social life was with other members of First UMC with whom they developed lifelong friendships. He and Dorothy had great fun hosting church picnics at their home on Olive Trail. Henry and Dorothy were also long time Purdue University supporters, not only sending their three children to Purdue, but also attending football and basketball games at Purdue for many years. They were also members of the John Purdue Club for Athletics and Purdueâ€™s President Council provides scholarship support for students. Henry is survived by his wife of almost 70 years, Dorothy, who resides at Catherine Casper Life Center; three children: Nancy Fazzoni (Gregg) of Traverse City, MI; David, of Raeford, NC; Michael (Lesley) of Bonita Springs, FL. He has four grandchildren, Jason Fazzoni (Kristen) of Clarkston, MI, David Fazzoni of Traverse City, MI, Daniel Butler of Fort Wayne, IN and Matthew Butler of Chicago, IL and two great-grandchildren, Simone and Anthony Fazzoni. Henry was preceded in death by his parents, his brother Lyman Butler Jr., and his sister-in-law, Velma Butler.

A memorial service will be held on Sunday, August 1, 2021 at 2 p.m. at the Johnson-Danielson Funeral Home, 1100 N. Michigan Street, Plymouth.