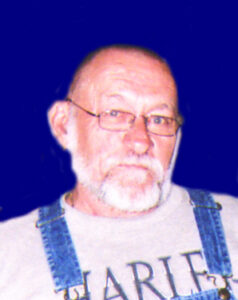 Hollis D. France, 69, a resident of Rochester since 2004, died unexpectedly at 11:35 PM Sunday, December 23, 2012 in his residence.
Hollis was born April 28, 1943 in Plymouth to Thomas B. and Mable Bixler France. He was a 1961 graduate of Plymouth High School. He later received an Associates degree in Criminal Justice from Los Angeles Community College. On May 12, 1966 in Las Vegas Hollis married Donna Samuels.
Hollis served in the United States Navy, completing six tours in Vietnam, two in Beirut Lebanon. He was a prisoner of war in Vietnam for two weeks before thankfully being rescued by the military. He received multiple medals and commendations for his years of service. Hollis retired off the U.S.S. Inchon after 22 years of service on January 24, 1984 as a Chief Master at Arms.
He was a strong veteran advocate; doing anything he could to support our troops. He was a former Vice President of the Remembrance Ride group, a member of the Rolling Thunder, a member of the Moose Lodge, the American Legion and a lifetime member of the VFW. Hollis also loved being a grandfather, spending all the time he could outdoors with his grandchildren after he retired. He loved to fish, often baiting his grandchildren’s hooks. He enjoyed camping at the lake with his family and being on the water.
Hollis is survived by his wife, Donna, of Rochester; his son, Thomas J. (Michelle) France of Rochester and his children: Leslee Marie France, Thomas Brown France III, Hollis Dean France II, Jeffrey Reffett and Joseph Reffett; and his daughter, Michele A. (Travis) Brock of Olmsted Falls, OH and their children, Chase Lonier and Jensen Victoria Brock; and his sister, Lorraine (Boyd) Alderfer of FL and four nieces.
He was preceded in death by his parents.
A private memorial will be held for Hollis at a later date.
Memorial contributions may be made to The France Family, 4497 N 250 E. Rochester, IN 46975.