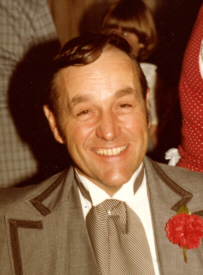 Homer Glenn Seltenright, 85, died after an extended illness on the evening of April 13, 2017, surrounded by much of his family, in the comfort of his home on the homestead where he was born, lived his entire life and has now passed to eternal life. A lifelong resident of Marshall County, he was born in North Township on January 9, 1932, the son of Nelson M. & Nellie B. (Halt) Seltenright.
He graduated from LaPaz High School in 1950 and served as Class President. He then served in the U.S. Army and received an honorable discharge on February 15, 1956 after serving most of his time in Greenland, at which time United States radar stations were being maintained to monitor the air space as far north as the North Pole.
On December 20, 1968, in the Jordan Baptist Church in Argos, Indiana, he married his sweetheart Marajean Dixon who survives. He was blessed with three surviving children: Mark (Ices) Seltenright of Plymouth, Kurt Seltenright of San Diego, CA and a daughter Lisa (David) Knepp of Plymouth.
A lifetime farmer, he was a member of the first North Township Soil Conservation Club, he had served on the Marshall County 4-H Board. He was named by the Plymouth Jaycees as the Marshall County Young Farmer of 1968. He was an 8 year member of the North Township Advisory Board. He then followed with 12 years as a member of the Union-North United School Corporation Board, serving the last 6 years as its president. He also maintained an interest in history and served 11 years on the board of the Marshall County Historical Society and held membership in the Indiana State Historical Society and the historical society of Ragersville, OH. Homer was also a member of the American Legion Post 27 in Plymouth and the Indiana Farm Bureau.
He held a strong Christian witness that can be attested to by many. Homer was faithful in attendance and service at the Shiloh Wesleyan Church at which he served as the Sunday School Superintendent for more than 20 years and on the churchâ€™s Local Board of Administration for more than 40 years. He along with his wife, Jean, served as members of the Gideonâ€™s International for many years and were very active in the promotion of the Gideonâ€™s and the distribution of New Testaments. Homer is also survived by a cousin and sister, Mary (Bill) Crocker of Plymouth and sister Arlene (Paul) Sellers of Knox. He is survived as well by grandchildren: Glenn (Amy) Knepp of Lapel, IN, Anna (Don) Tardy of Leominster, MA, Nick (Emily) Seltenright of Plymouth, Laurel Seltenright of Mishawaka and Wes (Jessi) Knepp of Plymouth. Nine great-grandchildren also remain to mourn his passing. He was preceded in death by his brother Leo Seltenright and his parents. Memorial contributions may be made to the Shiloh Wesleyan Church or to the Gideonâ€™s International (P.O. Box 494 Plymouth, IN 46563). Viewing will be held at the Johnson-Danielson Funeral Home, 1100 N. Michigan St., Plymouth, IN on Monday, April 17th from 4 â€“ 8 p.m. Funeral services will be in the Shiloh Wesleyan Church, 10532 4B Road & corner of King Road on Tuesday, April 18th at 11 a.m. where calling will continue after 10 a.m. until time of services. Pastor Rich VanVuren will officiate. Burial will follow in the New Oak Hill Cemetery, Plymouth. Military honors will be provided by members of the Plymouth American Legion Post 27, Veterans of Foreign Wars â€“ Marshall County Post 1162 and the D.A.V.
Homer was a gentle husband, a loving and devoted father and grandfather. The family will gather at these occasions with heavy hearts, but also with the sure and certain hope that Homer Seltenright has now been gathered into the harvest of Jesus Christ, of which, one day, we shall all be a part.