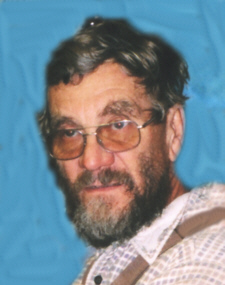 HOWARD D. SHELL
July 2, 1940- July 3, 2007
PLYMOUTH – Howard D. Shell, 67, of 8942 E. 6B Road, died in Saint Joseph Regional Medical Center, Plymouth, at 6:50 a.m. on Tuesday, July 3, 2007.
A lifetime resident, Howard was born in Plymouth, on July 2, 1940, the son of Howard I. and Thelma M. Kiefer Shell.
He attended LaPaz High School and served in the Indiana National Guard from 1963 to 1969.
On August 11, 1962, at Holy Family Catholic Church in South Bend, Indiana, Howard and Patricia Golubski were married.
Howard worked for INDOT, the Indiana Department of Transportation, Plymouth Subdistrict, retiring in April, 2006. He was Unit Foreman for 10 years.
He loved life to the fullest and enjoyed farming and spoiling his children and grandchildren as much as he could.
Howard is survived by Pat, his wife of almost 45 years and by their son, Greg Shell and their daughter, Cheryl Tomkiewicz all of Plymouth.
Two grandchildren, Casey and Jordan Tomkiewicz, survive as well, together with a brother, Jim (Carol) Shell, Bremen, and a sister, Joan (Larry) Yazel, South Bend.
He was preceded in death by his parents and a sister, Martha Sheftic.
Friends are invited to share memories of Howard with his family on Thursday, July 5, 2007, from 3 to 8 p.m. at the Johnson-Danielson Funeral Home, 1100 N. Michigan St., Plymouth. Visitation will continue after 7 a.m. on Friday, July 6th. Funeral services for Howard, officiated by Pastor Neil Wonnacott, will be at 2 p.m. on Friday, July 6, 2007, in the funeral home. Burial will be in Oakhill Cemetery, Plymouth.
Memorial Gifts in Howard’s name may be made to the Center for Hospice and Palliative Care, Plymouth or Saint Joseph Regional Medical Center, Plymouth, Campus.
Letters of condolence may be sent to the family through the funeral home’s website: www.johnson-danielson.com