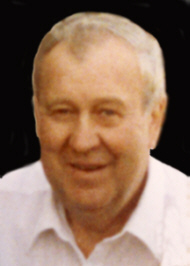 Lifetime Plymouth resident and businessman, Ivan Jay Read, 79, passed away after a lifelong battle with chronic pulmonary disease at 10:30 p.m. on Wednesday, April 20, 2011 at the Leesburg home of his daughter Beth in the company and care of his family.
The son of Ivan and Daisy M. (Stuber) Read, Jay was born March 23rd 1932 at the family’s home on the Plymouth-Goshen Trail. Jay graduated from Lincoln High in 1951. His illness prevented him from graduating the previous year so both classes included him in reunions. On July 13, 1952 in the old E.U.B. Church in Plymouth he married Patricia A. Houin and they would become parents to three daughters.
He was a partner in the family rendering business; Plymouth Fertilizer Company Inc. In later years he and the family were involved in grain and fish farming.
Jay was a founding member of the Sunrise Chapel and has remained active having served on its board. He also served on the board of the Plymouth School Corporation.
Jay was an outdoorsman, who enjoyed photography, hunting, and sailing on Lake Michigan.
Surviving is his daughter; Paula A. (Robert) Hoy of Temperance, Michigan and their children: Nathan Hoy, Christopher Hoy, Victoria (Ryan) Dougherty, daughter; Beth M. (Daniel) Cashen of Leesburg and their children: Heather (Kristof) Cortebeeck, Joel (Amanda) Cashen, Aaron (Maggie) Cashen, Dr. Clayton (Erin) Cashen and Patrick Cashen and daughter; Karen L. Gangloff of Inwood and children: Sgt. Clinton (Zhen) Gangloff, Katie (Alex) Bare, Daisy Gangloff and Wesley Wallace with sixteen great-grandchildren completing the family.
Two sisters; Wilma Ambler of Plymouth and Ellen (Rev. Bruce) Snyder of Toledo, Ohio and two brothers; Lester (Sue) Read and James (Barbara) Read all of Plymouth also survive along with numerous nieces and nephew and one brother-in-law; Wendell Nelson.
Also surviving is his former spouse Patricia (Richard) Pentelow of Plymouth. He was preceded in death by his parents and two sisters; Ruth Flosenzier and Treva Nelson.
Calling will be held on Saturday, April 23rd from 1 – 4 p.m. in the Johnson-Danielson Funeral Home, 1100 N. Michigan St. Plymouth. Calling will continue after 10 a.m. Monday, April 25 in the Sunrise Chapel, 11802 Lincoln Highway, Plymouth where services will be conducted at 11 a.m. with Pastor Mark Allen officiating.
Burial will follow immediately in the New Oakhill Cemetery next to his parents.
Preferred memorial contributions are to the church.