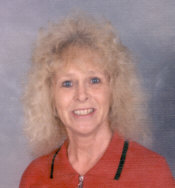 Ina R. Dickson, 65, 311 Indiana Ave., Plymouth, a resident since 1965, coming from Lawrenceburg, Ind., died at 9:13 a.m. on Tuesday, December 16, 2003, in Miller’s Merry Manor, Plymouth, following a brief, but courageous battle with cancer.
Born in Lawrenceburg on October 28, 1938, Ina was the daughter of Raymond C. and Norma Swango Trester. She attended Lawrenceburg High School.
For seven years, she worked at Christo’s Family Dinning in Plymouth as the day manager.
Ina was a country music fan and enjoyed dancing. She liked cats and had some as pets. She also collected feline figurines and Indian artifacts. One of her favorite things to do was going to the Plymouth Speedway with her son.
Ina is survived by four sons. They are: Michael L. and Shelia Smith, Plymouth; Shawn and Lynn Smith, Bremen; Ray E. Smith and his companion, Nikki, South Bend; and Rich R. Dickson, Plymouth.
Six grandchildren also survive. They are: Darren and Allison Smith, Bremen; Amanda, Katie and Jordon Smith, South Bend; and Ashley Widder, Bremen.
Three sisters also survive Ina’s death: Karen and Bill Sharabi, Hilliard, Ohio; Judy Trester, Tampa, Fla., and Debbie Trester, Silver Springs, Md.
Several nieces and nephews and Joyce Brucker, a dear friend in Plymouth, also survive.
She was preceded in death by her parents and a brother, Denton Trester.
Friends may visit with the family on Thursday, December 18, 2003, from 2 to 4 and 6 to 8 p.m. in the Johnson-Danielson Funeral Home, 1100 N. Michigan St., Plymouth, Ind.
Funeral services for Ina will be in the funeral home on Friday, December 19, 2003, at 11 a.m. The Rev. John Perkinson, pastor of the Shiloh Wesleyan Church, will officiate.
Internment will be in New Oakhill Cemetery, Plymouth, Ind.
Memorial gifts in Ina’s memory may be made to the Marshall County Humane Society or the American Cancer Society.