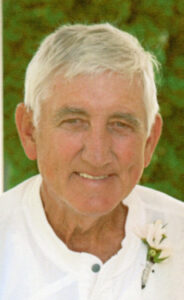 Irvin Leo Holub, 71, a resident of The Center at Donaldson since 2012, passed away on Sunday December 27th at 2:55 p.m. in the Catherine Kasper Life Center. Irvin was a former 37 year resident of Cresco, Iowa.
He was born in Anamosa, Iowa on September 4, 1944 the son of Leo and Marie (Lawrence) Holub. He was raised in Prairieburg, Iowa graduating from Central City High School with the Class of 1962. He attended University of Northern Iowa for one year, then Loras College in Dubuque, Iowa with a BA in Philosophy with teaching endorsement. He attained his Master’s in Biology degree at the University of Wisconsin in Eau Claire, WI.
On June 13, 1970 in Gary, Indiana he took as his bride Elizabeth Shingler.
He and his wife owned and operated Holub’s Greenhouse, Nursery & Flower Shop in Cresco. He was also a Biology teacher.
In Cresco they were members of Notre Dame Catholic Parish.
He was a hardworking man who enjoyed outdoor activities of sailing, fishing, landscaping, driving tractors and simply growing flowers. In his working years he also enjoyed travel and playing cards, especially bridge. It was time spent with family, his children and grandchildren that grew to great importance in his life. Survivors include his wife Elizabeth and four living children: William & Michelle Holub of Leo, IN, Lisa & Jeff Kroll of Muscatine, IA, Tony & Elaine Holub of Chicago and Kristina Holub. His eight grandchildren include: Sydney, Jilian, Ronan, Alexander, Elizabeth, Michael, Olivia and David.
His surviving siblings are sisters: Julie Ann Herman of Marion, IA, Frances & Robert Heid of Lakewood, CO, Rosemary & William Carroll of Central City, IA and brother Raymond & Marie Holub of Scottsdale, AZ along with sister-in-law Susan Holub of DeForest, WI.
Preceding in death were his parents, son David John Holub, and brothers Lawrence and Jack Holub.
Visitation will be held on Thursday, December 31st from 2 – 4 p.m. EDT in the Catherine Kasper Chapel at Donaldson, IN. Rosary will begin at 1:45 p.m. Mass of Christian Burial will begin at 4 p.m. in the Chapel located at 9601 Union Road, Donaldson. Fr. John Zemelko will officiate.
Visitation in Cresco, Iowa will be held on Monday, January 4, 2016 from 10 – 11:30 a.m. CDT in the Hindt-Hudek Funeral Home 404 North Elm Street, Cresco, IA. Services will begin at 11:30 a.m. in the funeral home with Fr. Dave Ambrose officiating.
Memorial gift contributions may be made to the Catherine Kasper Life Center, P.O. Box 1, Donaldson, IN 46513.
Burial will be in the Calvary Cemetery, Cresco, Iowa.