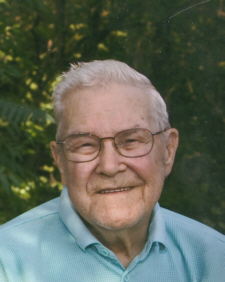 Isaac “Ike” Warren, 77, died following a long illness in the emergency room of St. Joseph Regional Medical Center – Plymouth Campus, at 6:11 a.m. on Thursday, January 14, 2010. He has resided at 13255 5C Road, Plymouth since 1980, coming from Walkerton.
Ike, the son of Georgia (Hubbard) and John L. Warren was born on July 4, 1932, in Barbourville, KY. He attended schools in Barbourville, moved to Cincinnati at the age of 13. There he would meet his wife the former Pauline M. Jackson. They were married in Newport, KY on October 25, 1965 and moved to South Bend that following year.
Ike served in the U.S. Army during the Korean War and was stationed in Germany.
He worked as a welder at Champion in Bremen, and then Fairmont Homes in Nappanee. He then became a tester at McCord Corp. in Plymouth and retired from Dean’s Specialty Foods.
He loved fishing. Often, he enjoyed visiting pay lakes in Cincinnati as well as Salmon fishing in Michigan. He liked to catch them, but never ate them.
Ike also enjoyed watching professional wrestling with his grandchildren and claiming to have been a big Hulk Hogan and Dick the Bruiser fan.
A member of the Plymouth Moose Lodge – Family Center, since July 11, 1986, he would often visit Mooseheart Child City and support the special work accomplished there within the Baby Village.
Ike is survived by his loving wife, Pauline, and by their children, two sons and two daughters. They are: Richard A. Warren, Randall G. Warren, Tawnya G. Warren (Donie Roberts) and Monica L (Daniel F.) Johnson, all from Plymouth.
His ten grandchildren also survive. They are: Randy’s children; RJ and Bailey, Tawnya’s; Sean, Dakota, Noah and Jacob, and Monica’s; Ethan, Ashley, Courtney and Daniel.
Lorraine Jackson, Ike’s mother-in-law, Plymouth, also survives together with four sisters: Betty Garland, Las Vegas: Wanda Grubb, Ohio: Mary (Bob) Polk, Hamilton, Ohio: Charlotte Boyle, N.C. and Marie Warren, a sister-in-law of Kentucky. A very good friend, James Goodrich also survives.
Ike was preceded in death by a daughter; Yalonda Warren on July 4th, 1982 and four brothers: Jake, Jack, Bill, and Bobby Warren. Cathy, an infant sister, has also died. Friends are invited to share their memories of Ike with his family at the Johnson-Danielson Funeral Home, 1100 N. Michigan St., Plymouth from 2 to 6 p.m. on Sunday, January 17, 2010. A Moose Ritual ceremony will be held at 6 p.m. Sunday in the funeral home.
Funeral services, officiated by Rev. Vito Rulli, pastor of the Lakeside Baptist Church will be held at 10:30 a.m. Monday, January 18th in the funeral home.
Interment will be in the Mt. Pleasant Cemetery, South Bend with military graveside honors.
Memorial gifts in Ike’s memory may be made to Mooseheart Charities – Mooseheart Child City’s Baby Village, Mooseheart, Illinios, 60539